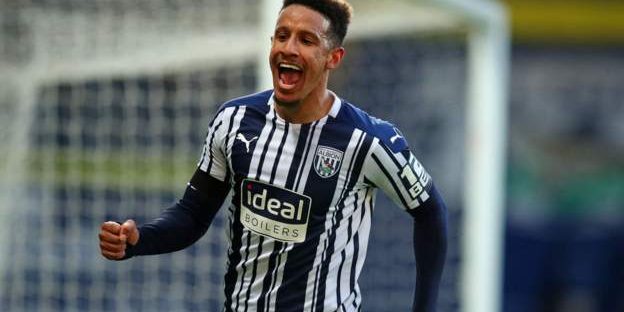 West Brom completed back-to-back Premier League wins for the first time this season as they brushed aside Southampton to collect three more precious points in their battle to avoid relegation.

The victory was made more admirable by the fact West Brom needed to rally after having what would have been an opening goal for Mbaye Diagne controversially ruled out for offside after VAR Kevin Friend decided there was insufficient evidence to overturn the on-pitch decision, even though TV replays suggested otherwise.

However, if they meet many more sides as accommodating as Ralph Hasenhuttl’s Southampton were in a dismal opening period, another of Allardyce’s great escapes cannot be discounted.

When they trailed 1-0 at Chelsea on 3 April, West Brom looked certain to complete a swift return to the Championship.

But after their incredible five goals at Stamford Bridge, Allardyce’s side continued their offensive bombardment at the Hawthorns.

West Brom had 13 of the first half’s 18 shots and with Pereira scheming and Diagne a major threat, they attacked with a conviction absent for most of the season.

Pereira earned the right to take the spot-kick after he had been brought down by Fraser Forster as he tried to step round the former England keeper.

Diagne may be having little fortune when it comes to scoring himself – but his cross for Phillips’ second, curling low to the far post after Danny Ings had gifted possession deep in the Southampton half – invited the first-time finish.

Although West Brom were more cautious after the interval, they still created chances and Robinson made it three goals in two games when he strode onto Okay Yokuslu’s pass midway through the second half.

Amazingly, of the 17 league goals West Brom have scored in 2021, eight of them have come in their last two games.

In his programme notes, Allardyce mentioned that he said before the Chelsea game that his team needed six wins from their last nine games to have a chance of staying up. They have reduced that to four from seven.

If anyone knows how to attain survival from this position, it is Allardyce.

It has not been the greatest round of matches for VAR when it comes to trust.

By now, we are used to the way lines are used to determine who is onside and who is not. It is also commonplace for ultra-fine margins to decide whether goals should be given or not.

But after controversies involving Wolves, Liverpool and Manchester United over the past three days, on this occasion, the technology was condemned for not being able to allow the officials to reach a conclusion.

With Kevin Friend and assistant Simon Beck trying and failing to decide whether Diagne’s upper body was offside, they went for the footballing equivalent of cricket’s ‘umpire’s call’, which felt unsatisfactory given the investment that has been made in the technology.

Recent wins over Sheffield United and Burnley have provided Southampton with an element of breathing space in their slide down the table.

Even with this result they are 10 points clear of the relegation zone, which should allow them to prepare for Sunday’s FA Cup semi-final against Leicester at Wembley with clear heads.

They did threaten in the first half, with Kyle Walker-Peters drawing a save out of Johnstone with a decent angled effort to the near-post.

Johnstone was tested more by Stuart Armstrong’s effort from the edge of the area and the West Brom keeper’s reactions were up to the task when the corner ended up hitting Ings and flying towards goal from close range.

Southampton did have far more of the ball after half-time as their hosts adopted a more conservative approach.

But they never looked capable of emulating their Burnley win by recovering from a two-goal deficit, and when Ward-Prowse had his stoppage-time penalty saved, it set the seal on another disappointing performance.

Player of the match