Wells Fargo Investment Institute to onboard crypto clients by next month 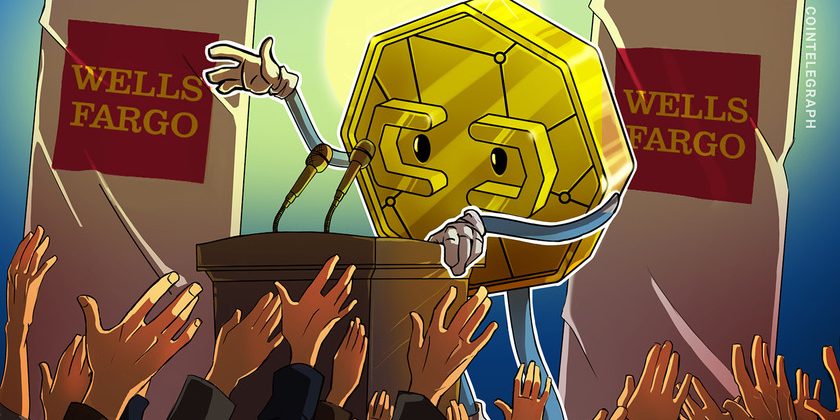 The investment bank is ready to give crypto a chance, after declaring that it had matured and evolved of late.

Wells Fargo Investment Institute announced that it will soon open an investment product for its wealthy clients, with president Darren Cronk declaring the firm’s stance that the cryptocurrency space has finally come of age.

The research division of Wells Fargo Wealth & Investment Management, which oversees close to $2 trillion in assets, is in the process of evaluating and onboarding its cryptocurrency investment platform for qualified investors. The platform is expected to be launched by around mid-June, after the final stages of the due diligence process.

“We think the cryptocurrency space has just kind of hit an evolution and maturation of its development that allows it now to be a viable investable asset,” said Cronk in an interview with Business Insider.

As recently as December 2020, Wells Fargo Investment Institute was hesitant to state any interest in the cryptocurrency space, with its head of real asset strategy, John LaForge, telling a media conference that the institute had little interest in crypto.

Cronk said there was still risk involved, referencing a $2 trillion global market cap — which has since shrunk to $1.3 trillion at the time of writing as Bitcoin (BTC) and the cryptocurrency space experience one of the worst bloodbaths in recent memory.

Customer protections and regulations were on Cronk’s mind when he looked ahead to the product launch, noting the still-evolving landscape ahead.

“There’s a whole element of consumer protections and regulations that have to still evolve with the changing landscape. So we’re not without risk, it’s just that we think there can be a viable investable option for those clients who show an interest,” said Cronk.