‘We officially cancelled Christmas’: Covid disrupts festivities for many families 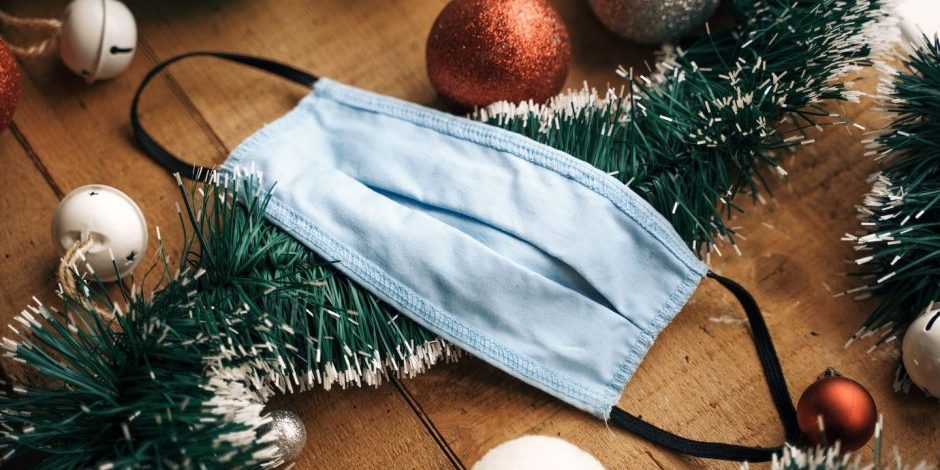 A teenager sent to his bedroom for the whole of Christmas, a festive season pushed into the new year and an impromptu gathering of positive friends for a very virusy Christmas were just some of the Covid-interrupted Christmas stories shared by readers in recent days.

With the Omicron variant spreading rapidly across Ireland over the past week, the Christmas plans of tens of thousands were ruined or hastily rearranged.

It was mostly ruined for John Quinn and his family after his 18-year-old son took an antigen test on Christmas morning and saw the dreaded second line appearing, suggesting he was a positive case.

“He had his Christmas dinner in his room and he has been there since then,” Quinn wrote. “The earliest PCR test I could get for him was on December 27th, having stayed up until 1am on the 26th trying to navigate a fairly cumbersome system.”

An appointment was found but he had to drive his son (with masks on and windows down) more than 50km to a test centre, a journey he understatedly described as “not ideal”. At the time of writing, the family was waiting for the PCR test results to come back.

Jean Cox-Kearns, like most people, was looking forward to Christmas with her family when her son came home from work on December 20th complaining of feeling “dizzy [with] flu-like symptoms”. An antigen test came back as negative but he went to bed feeling a bit ropey.

“We assumed the worst and by Tuesday he had a positive antigen test and was feeling nauseous,” Cox-Kearns said.

He booked a PCR test for last Wednesday and had to drive a distance to get it.

“By Wednesday evening he was feeling well again. The PCR came back positive so my son stayed in his room. He used the family bathroom and his bedroom and we delivered every meal to a table outside his bedroom door.”

Christmas was suddenly off the table, she said.

“Our daughter stayed up in Dublin and did not come home. She spent Christmas with good friends. Our presents are still all unopened under the tree. We officially cancelled Christmas.”

Cox-Kearns said the plan now is to mark Christmas morning on new year’s night “and we will then have Christmas dinner on January 2nd”.

Conor McDonald was due to get his booster jab two days before Christmas and decided to do an antigen test beforehand.

“To my shock, after having Covid in the last year, being double vaxxed and showing no symptoms, it came back as a positive result,” he said.

In hindsight, he admitted, he “shouldn’t have been so surprised as I had stayed in London the previous week, where it was rampant”.

The positive antigen test was followed by a positive PCR test and self-isolation over Christmas as nobody else in his house had tested positive.

“As you can imagine the idea of spending the Christmas period in my room didn’t fill me with joy, especially when the only symptoms I experienced over the next few days were a slight runny nose and mild sore throat,” he continued.

Then things took a turn for the better.

“A friend messaged me saying her and her housemate had both tested positive also, and were unable to go home. They invited me to a Covid-only Christmas Day which was brilliant and brought a sense of normalcy to the whole thing. I have since done two negative antigen tests within six days of my first positive, so only a few days left now.”

Liz Dillon got her booster jab on December 22nd and started to feel unwell – with a temperature, a sore throat and a dry cough – the following day.

“Within 24 hours I still had symptoms and after 48 hours I was still feeling unwell and took an antigen test. The line was really faint so I took another more expensive pharmacy test and the two pink lines were glowing,” she said.

So on Christmas Eve she went into isolation and “decamped to the living room and everyone one else avoided me like the plague. I had Christmas dinner with some of the family with doors open. Dinner tasted great [and I was] relieved that the taste buds were still working.”

She tried and failed to book a PCR test on Christmas Day and on shortly after midnight on St Stephen’s Day she managed to book a slot for a test centre in Swords.

“All the tests were booked within minutes. It was like booking concert tickets on Ticketmaster. My symptoms started to wane and I was becoming less reliant on paracetamol,” she added.

When she was writing to us her husband was the one sleeping on the couch after a positive antigen test of his own. For her part, Dillon is starting to feel better and hopeful she is now “Omicron resistant for the future and triple vaccinated”.

She is now waiting to see if any of her other family members contract Covid “to see if I am a super spreader”.