Up to 1000 fans per court at French Open 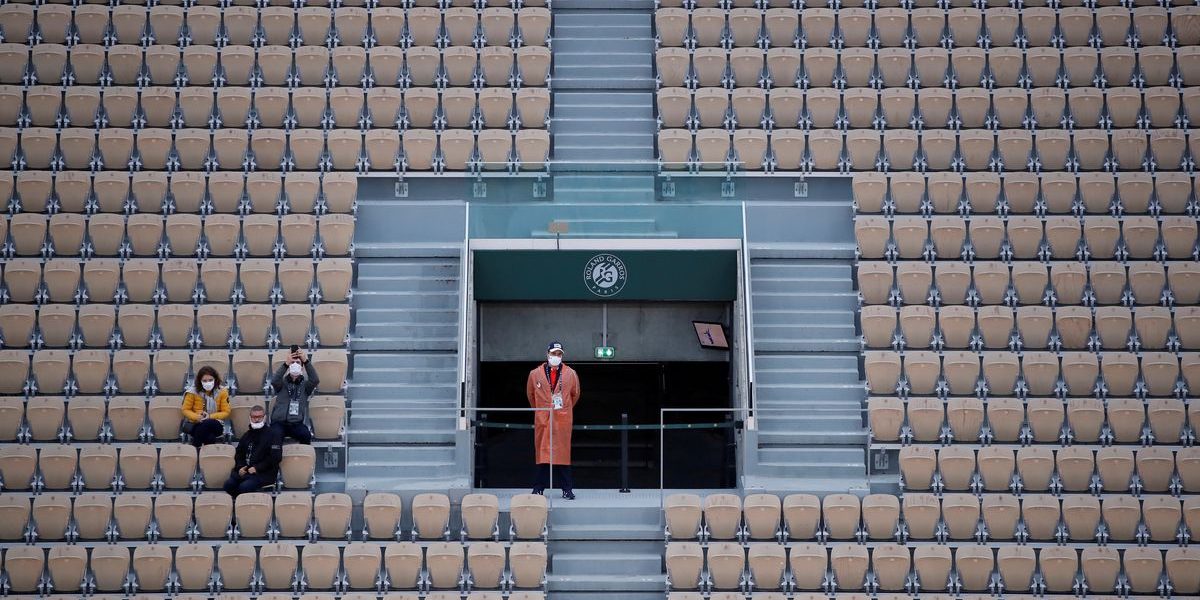 Tennis – French Open – Roland Garros, Paris, France – September 27, 2020 Spectators and a steward wearing face masks look on during the first round match between Britain’s Johanna Konta in and Coco Gauff of the U.S. REUTERS/Christian Hartmann

Up to 1000 fans will be admitted into each of the three main Roland Garros showcourts while the smaller venues will be able to admit 35% of their capacity during the first 10 days of the French Open due to COVID-19 restrictions, sports minister Jean-Michel Blanquer said on Sunday.

The limit will be raised to 65% but capped at 5,000 for matches on 15,000-capacity Philippe Chatrier and 10,000-seater Suzanne Lenglen courtsfrom June 9 when the quarter-finals get underway, Blanquer told France 3 TV channel.

“The gauge is set at 35% at that moment (when the tournament starts), with a maximum of 1,000 spectators… per court, of course,” said Blanquer.

It marks an improvement on last year’s delayed tournament which took place in September when a maximum of 1,000 spectators were allowed in the grounds of Roland Garros.

This year’s French Open, which was delayed by a week, is set to start on May 30.

Spectators will be allowed back into arenas in France from May 19, President Emmanuel Macron said on Thursday, providing that the health situation does not deteriorate.