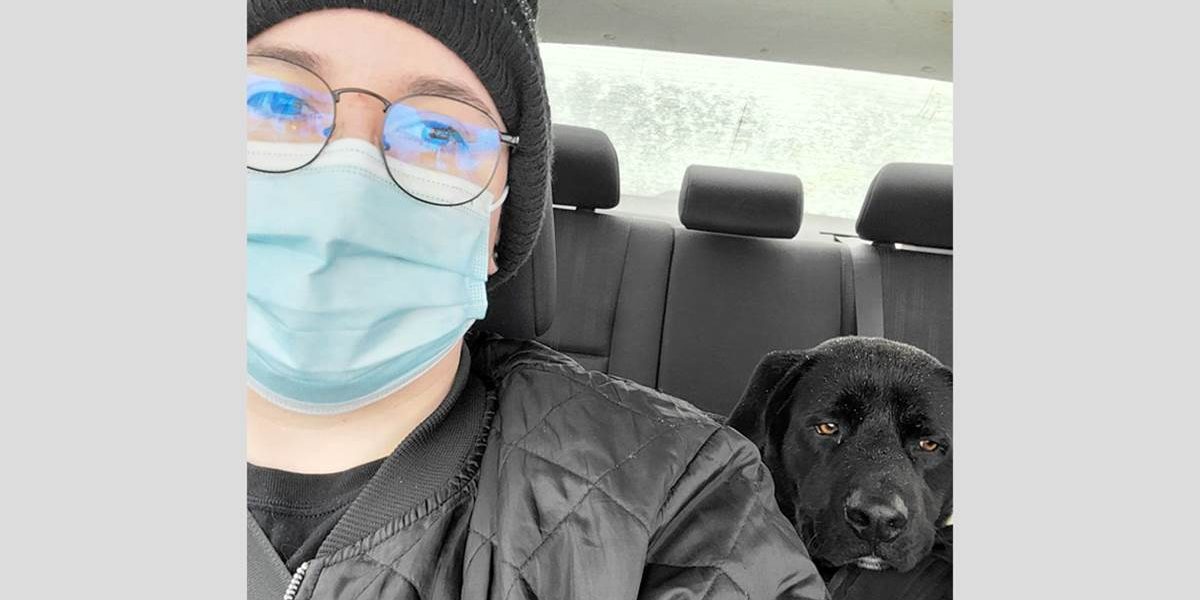 A San Antonio woman made multiple attempts to rescue a dog she found wandering the snow-filled streets of Texas. When all else failed, she realized she had one last idea: use tortillas.

Kristin Salinas-Labrador, 28, was coming back from work when she saw a black Labrador on the road and immediately pulled over. Though she wanted to get near him, the dog was too afraid. Remembering her wife told her to bring tortillas earlier that day back home, she was able to use those to slowly get him inside the car by breaking it into pieces, an encounter captured by WOAI.

After placing several pieces in the car, she was able to lure the dog in the back seat. While all this is happening, she was calling her partner, Nicole Salinas-Labrador, 30, who encouraged her to bring the dog back home.

“As soon as we see a stray, either if it’s a dog or a cat, we bring it in and try to adopt it out,” Nicole told NBC News. “So it was just another day, but we had never been through this snow like this, so we knew we needed to definitely bring this dog.”

The Puerto Rico native joked on social media that her wife used her “Mexican ways” to get him inside. They also had a laugh about the fact that their last name is Labrador, and the dog is a black Lab. “It was meant to be,” she said.

They brought him home and, besides being cold and scared, the dog looked like he was in healthy condition. After giving him food and water, the couple nicknamed him “Taco” and scanned him for microchips but couldn’t find one. They proceeded to post about him in a few Facebook pages to find his owner but no one has yet to come forward.

Since Nicole is also a lead technician at a local vet clinic, she decided to bring him there to get him updated on his vaccines and microchipped.

And though Taco is seventy pounds, Nicole jokingly says he thinks he’s a lap dog.

As for next steps, Nicole would love to keep Taco but, since they have several rescue dogs, the couple is sadly at their maximum. In the meantime, she plans to keep the one-year old dog in their house while they find him “the best forever home.”

“I have people left and right that say they want this dog. That they want the ‘tortilla dog!'” she said.