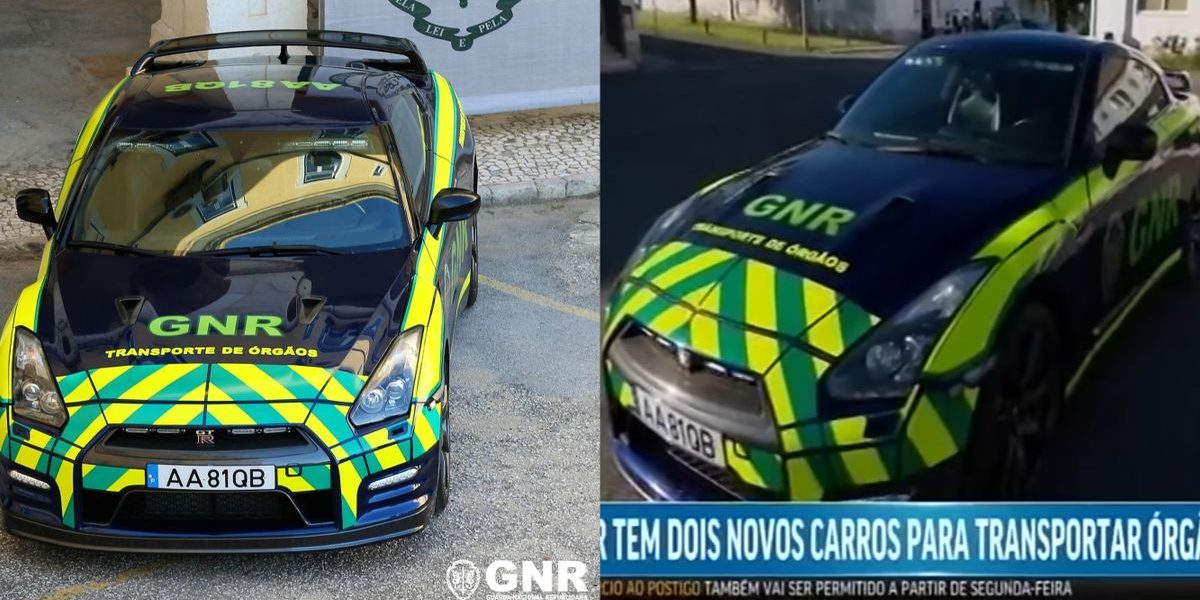 This seized Nissan GT-R in Portugal won’t be going to waste, as the Guarda Nacional Republicana has given it a new purpose. Liveried up and now packing flashing lights, the R35 now has the job of rapid emergency organ transport, which we’ve no doubt it’ll be very good at.

“The quality and safety of organ transplantation depends on the time needed for transportation…and in respect of safety conditions, to reach the destination as soon as possible, thereby contributing to the rescue of another life.”

Want to do that quickly and safely? Something with all-wheel drive and well over 500bhp is ideal.

The GNR also noted that it’s carried out some 2836 organ transports in the last 10 years, clocking over 300 million miles in the process. The GT-R and another seized “high-cylinder” addition to the fleet will be based in Porto and Lisbon, although it’s not clear which way round the deployments will be.

Unusual though the GT-R’s new life with the authorities may seem, we have seen this sort of thing happen before. A few years ago in Italy, for instance, a Ferrari 458 Spyder was confiscated via anti-mafia laws, and later gifted to the City of Milan Police. The supercar was given sirens, lights (neatly mounted on the buttresses) and radio equipment before being sent into the field.