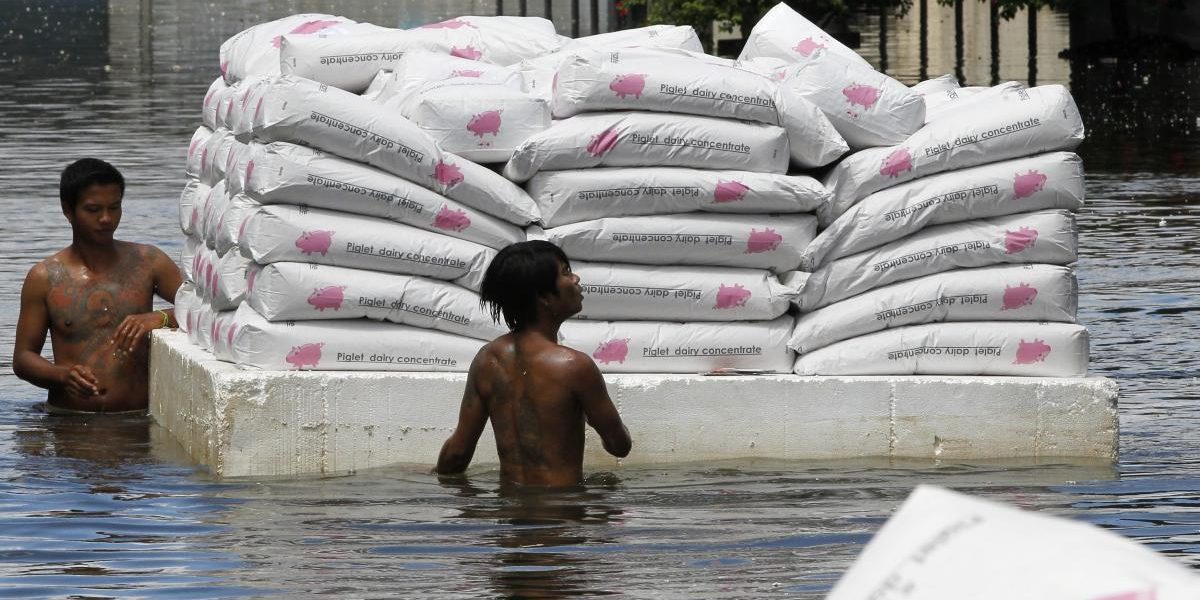 Government and investors are quickly moving to quantify the risks posed by climate change and make that part of their financial decision-making. But many companies remain unsure how to measure the threat of climate change to their business, and whether or how to report those risks to investors and the public.

Financial regulators in the US are grappling with that question now. The Securities and Exchange Commission (SEC) opened a 90-day public comment period in March that will inform the first update to federal climate risk disclosure guidelines in a decade. Shareholder groups and asset managers like BlackRock (CEO Larry Fink wrote in February that “climate risk is investment risk”) are pressuring boardrooms to improve corporate transparency around climate risks. Without better disclosure, corporate managers have little incentive to avoid plowing capital into assets and supply chains that could collapse after natural disasters and dump massive costs on insurers, investors, customers, and the global economy.

Right out of the gate, some climate scientists are raising a major red flag. Politico reported in March that the computer models used to forecast physical climate risk—where, when, and how severely impacts like drought and sea level rise are most likely to appear—aren’t very good. Scientists contend they fail to accurately answer crucial questions for investors such as which supplies chains will face shortages or which coastal warehouses are most prone to flooding.

But scientists and federal regulators now have a chance to make better tools available to more companies. In the meantime, more companies should be able to start with information they already have—or lose credibility with investors and face legal repercussions.

Companies face two kinds of climate change risk. Transitional risk—how a company’s business model could be disrupted by the global shift away from fossil fuels—can be analyzed through carbon footprint accounting, said Lihuan Zhou, a finance researcher at the World Resources Institute (WRI). The more emissions a company emits, the greater risk it faces from economic opposition to fossil fuels (oil companies and airlines, for example, are at high transitional risk).

Physical risk is much harder to pin down. Assessing the climate risk to facilities or supply chains requires complex modeling of the interaction of geophysical forces such as temperature and ocean currents for decades into the future. Predicting likely weather phenomena in a location is even harder. In a Feb. analysis in the journal Nature Climate Change, Australian climate scientists concluded that while the gold-standard computer models developed to evaluate scientific theories about the climate may reliably predict long-term global trends, the hyper-local predictions needed for a rigorous assessment of financial risk are beyond their reach. The difference of just a degree or two of latitude, or a few inches of sea-level rise, for example, may put a company’s warehouse in, or out, of harm’s way.

Nevertheless, a number of private consulting firms will, for a few hundred thousand dollars, produce custom physical climate risk evaluations for a company or government agency. These firms use proprietary models whose underlying data and internal assumptions are not always clear to prospective end users or subject to independent scientific scrutiny.

Their forecasts, says Upmanu Lall, a senior scientist at Columbia University’s International Research Institute for Climate and Society, should be taken with a big grain of salt. “Most climate scientists in academia will put a lot of caveats on every projection on climate change,” Lall said. “But by the time [a projection] gets to these companies, all the caveats get thrown away.”

Nonprofits like the Carbon Disclosure Project and the Task Force on Climate-Related Financial Disclosures have also laid out voluntary risk disclosure guidelines that companies can follow to measure and disclose risk on their own. But a Feb. report by Zhou and his colleagues at WRI found numerous discrepancies between these guidelines, including which hazards are addressed (sea level rise, usually; extreme precipitation, sometimes; hail, never) and how they suggest companies measure them. That’s a problem, Zhou said, because ”especially if we want companies to disclose this information to investors, it needs to be comparable.”

Rich Sorkin, CEO of the risk assessment firm Jupiter, said in an email that the company stands by its models, which were developed in consultation with independent academic experts, and is “committed to accessible, transparent, useful, relevant, and credible information to all our partners and customers.” But he agrees that standards for climate risk disclosure are still lacking: “The metrics of quality, the form that is relevant, actionable and easy to use, and the pathway to affordability are all emergent and evolving in the early days.”

The path to better climate risk disclosure, Zhou said, starts with turning scientific jargon into language the corporate sector understands. A good model is the Intergovernmental Panel on Climate Change (IPCC), a United Nations-supported group of leading global climate scientists. Every few years, it produces a major summary of the latest research. IPCC reports are the most authoritative source on projected climate impacts, and they always contain a summary of their findings designed for policymakers—but not one for the private sector, leaving companies to parse through hundreds of pages of dense scientific text and data on their own. The IPCC and other research groups should do more to make the business-relevant parts of that data available through free public resources like WRI’s Resource Watch, he said.

“The academic literature is there, but not in formats that companies are comfortable with or can access easily,” he said.

That task will be easier if the SEC provides more clarity about which, and how much, data a company needs to disclose on its risks, said Madison Condon, a professor of environmental law at Boston University who co-authored a Feb. report on the SEC’s climate oversight. The SEC could also give better guidance to companies in different sectors about which information—how much water a specific mine uses, for example—they can keep proprietary.

“What’s material in one industry may not be material in another,” Condon said. “The regulators have not figured out how to get investors the data they really need.”

The SEC should also set uniform standards for risk modeling, selecting the best parts of the existing voluntary guidelines, and ensure that they are kept up to date with the latest science, Zhou said. And the agency can step up its enforcement of whatever rules it settles on; since 2010, when it first issued guidelines for climate risk disclosure, its crackdown on shoddy reporting has amounted to just 58 finger-wagging “comment letters” to companies, according to Condon’s report. “They should press harder on companies ignoring obvious risks,” she said, possibly pursuing fraud charges for the worst offenders.

Companies needn’t wait for the SEC to finish its guidelines. Even without precise long-term modeling, Condon said, many sectors like construction, manufacturing, and food and agriculture can identify physical assets at risk from worsening climate conditions. Managers have more incentive to tackle short-term risks than those decades away, she said. “You can do so much just with recent historical weather data to exposure latent risk to corporate supply chains,” she said. “Companies don’t need to hire a climate modeler to do that. Many aren’t prepared for risks that they can reasonably forecast using the back of an envelope.”

Emilie Mazzacurati, global head of climate solutions at the analytics firm Moody’s and a founder of Four Twenty Seven, a risk modeling agency acquired by Moody’s last year, said the agency is upfront with clients about the limits of global climate model forecasts, and uses historical data on storms, elevation, and hydrology to fill in local gaps. As modeling firms proliferate in the coming years, she said, they need to be transparent with the scientific community about their methodology.

Companies that do opt to work with modeling firms should ask questions about the model’s assumptions and data sources, and be prepared for forecasts that are framed as probabilities rather than certainties. Companies will also need to get comfortable being more transparent about their assets. The most important thing, Condon said, is for more companies to take climate risk seriously, and study it with whatever tools are available.

“The biggest concern is that we are unprepared,” she said, “and not thinking about climate risk at all.”