The Next Toyota Aygo Will Be A Crossover, Judging By This ‘X Prologue’ Concept 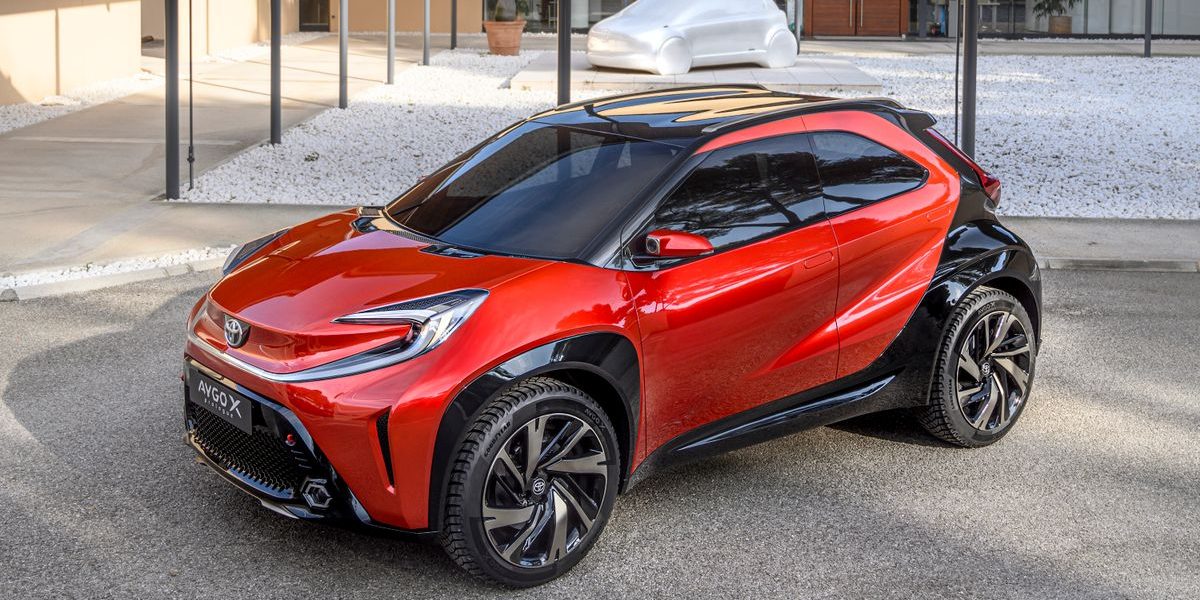 With the future of the A-segment looking bleak, it seems Toyota will turn the Aygo into a mini SUV to help it survive

The future is not looking bright for city cars. ‘A-segment’ vehicles remain popular with buyers, but wafer-thin profit margins make them less than palatable for manufacturers, particularly since the rise of BEVs is going to make small, affordable cars damn near impossible in the near future.

Even the Up and its VW Group chums – the first cars of choice for many new drivers – won’t survive, but Toyota has pledged to stick it out. Its next entry to the field will be a little different, though, judging by this new Aygo X Prologue concept. Toyota calls this ‘a new vision for the A-Segment’.

Yep, it seems like the next Aygo will go all crossover on us. It’s a smart way to stand out from the crowd given that SUVs this small aren’t really a thing outside of Japan’s Kei car class, and bearing in mind just how ludicrously popular anything with a slight increase in right height is proving right now.

Production hasn’t been confirmed, but c’mon, it’s called ‘Prologue’. Plus, we’ve known for a while that the Aygo was getting a successor despite the bleak outlook for the A-segment – we just didn’t know it was to be a micro crossover. Reportedly it’ll be built on the GA-B platform used for the larger Yaris, helping Toyota cut production costs. As with the existing model and its Peugeot 108 and Citroen C1 siblings, it’ll be made in Kolin, Czech Republic.

The Prologue X has some typically outlandish concept car details like 19-inch wheels (four inches larger than the biggest wheels fitted to the current Aygo) and flared arches. These will all be shorn from the production version, leaving something that looks like a snazzier version of the larger Yaris Cross.

Toyota hasn’t given any technical specs for the concept, but any production car would almost certainly use a 1.0-litre inline-three petrol engine driving the front wheels exclusively. An optional all-wheel drive system like the one used in the Yaris Cross would be interesting but impractical – it’d make the Aygo too expensive to neatly slot under its big brothers.

The price will inevitably increase from the £12,690 starting point for the current Aygo while remaining well under the £16,184 charged for the cheapest Yaris. Expect to see a more production-ready version before the year is out.