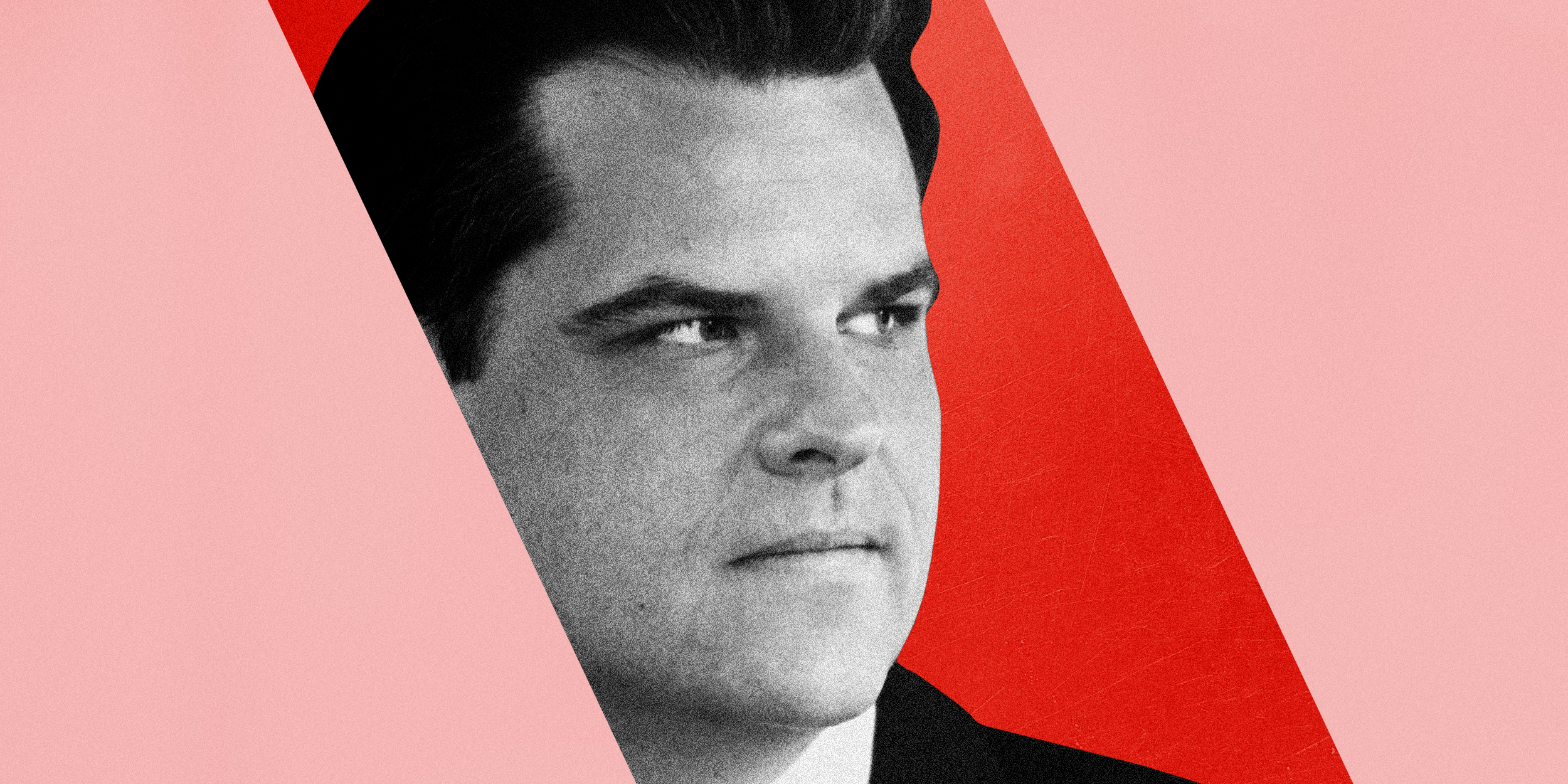 One week after the New York Times reported on a federal investigation into Rep. Matt Gaetz, news broke that the Florida Republican would be headlining a Women for America First summit. Organized by a group of Trump-supporting women that has direct ties to the rally that preceded the Jan. 6 Capitol riot, the summit aims to bring together conservative women — mostly white — who are committed to “saving America.”

The move sheds light on a history of how white men, specifically misogynists and white supremacists, have found refuge in white women’s groups.

Some might wonder why a congressman currently under federal investigation over whether he had sex with a minor would be headlining a women’s summit. But Gaetz’s appearance at the summit, as well as his efforts to promote his talk leading up to his Friday speech, were no mere coincidence.

Far beyond skillful PR, amid his repeated denials of wrongdoing, the move sheds light on a history of how white men, specifically misogynists and white supremacists, have found refuge in white women’s groups. White women in the United States have often wielded their collective power to support and even amplify white men engaged in the oppression of others; Gaetz is just the latest white politician to receive their cover.

The actions of Women for America First, which was founded in 2019 to oppose Trump’s first impeachment, may be appalling, but they are certainly not surprising — and definitely not new. More often than not, white women throughout U.S. history have privileged their race above their gender.

Despite claims of unity among women, what history tells us is that when white women have to make a decision, they often operate within their own racial interests.

The same evidence disputes early attempts in popular culture to portray white women as passive figures in the country’s history of slavery, when the reality could not have been further from the truth.

History tells us that when white women have to make a decision, they often operate within their own racial interests.

While popular narratives tend to focus on the men who were enslavers, the historical record reveals how white women were equally invested in upholding slavery — and no less violent in their interactions with enslaved people. White women played an active role in the buying and selling of enslaved people and bolstered their own economic and social status at the expense of Black people.

The same behavior was on full display in the aftermath of slavery. As they had done before, white women placed their own interests above those of others, including women of color. Anti-lynching crusader Ida B. Wells-Barnett confronted this behavior during the 19th century. Mindful that Black people in the United States could never experience full citizenship while the practice of lynching continued to thrive, Wells-Barnett called on white women’s rights activists to stand with Black women — and all Black people — to denounce the violent act.

During the 1890s, she appealed to leaders of the Woman’s Christian Temperance Union, one of the largest social reform organizations of the period, to take a stand against lynching. Frances Willard, the president of the WCTU, advocated for women’s rights yet only extended a veneer of support for Black women. Rather than taking seriously the concerns Wells-Barnett emphasized in her writings, Willard chose to cater to a Southern audience.

In 1894, Willard released a statement on behalf of the WCTU that justified lynching, and in an interview during this period, she openly disparaged Black men and misrepresented Wells-Barnett’s research on lynching.

What Wells-Barnett experienced with the WCTU in the 1890s has been par for the course for Black women throughout this country’s history. Even within the suffrage movement, as white women like Elizabeth Cady Stanton and Alice Paul expressed a commitment to women’s rights and “universal suffrage,” Black women and other women of color were given a short shift, over and over again. In those and many other instances, white women harnessed their collective power to uphold white supremacy and white men’s power in American society.

What Wells-Barnett experienced with the WCTU in the 1890s has been par for the course for Black women throughout this country’s history.

The common practice of protecting white men at the expense of all others was central to this effort. It is why white women were active members of the Ku Klux Klan and why many of those same women were suffragists.

Sen. James Eastland, a politician from Mississippi, was well aware of white women’s power when he reached out to conservative activist Cornelia Dabney Tucker for assistance in 1954. A wealthy landowner in Sunflower County, Mississippi, who proudly advocated racial segregation, Eastland unapologetically served the interests of white planters at the expense of Black residents in his state.

In the immediate aftermath of the landmark Brown v. Board of Education decision, the racist senator worked tirelessly to block civil rights legislation. Intent on challenging the Brown case, which flew in the face of everything he stood for, Eastland called upon Tucker to facilitate a grassroots movement in its opposition. Drawing on her widespread networks across the state, including her connections to women’s groups, Tucker was at the forefront of the resistance to Brown — all in an effort to help Eastland’s crusade to block Black political progress.

Civil rights activist Fannie Lou Hamer, who boldly challenged Eastland and condemned his racist behavior, drew upon her broad knowledge of this history when she became a founding member of the National Women’s Political Caucus. Established in 1971, the NWPC set out to increase women’s participation in “all areas of political and public life.”

Hamer worked to ensure the organization would not fall into the trap of so many other women’s organizations that advocated women’s rights yet overlooked racism and white supremacy. She joined forces with U.S. Congresswoman Shirley Chisholm and several other Black women leaders to advocate for the passage of an anti-racist resolution. The resolution maintained that the NWPC would not endorse or support racist political candidates, regardless of their gender.

The historical record is filled with examples of how white women in the United States, including those who espoused a commitment to “women’s rights,” worked against the interests of other women — especially women of color. And the record reveals how many of these women have worked to protect white men, even those who have violated and exploited women.

The white women who rallied behind former President Donald Trump — representing 52 percent of white women in the United States in 2016 — underscore the ease with which too many white women provide cover to misogyny, racism and white supremacy. And for many of these women, sexual abuse and harassment can be easily forgiven — or even completely overlooked — if it means supporting white men who are committed to advancing the interests of white people. Such is the case for those who stood with Trump despite the long trail of indiscretions, accusations and unscrupulous behavior.

And such is the case for Gaetz, who has now found refuge and public support from a predominantly white women’s group even as questions abound — and a federal investigation takes place — concerning his alleged involvement in a sex-trafficking case.

While some may express surprise by the leaders of Women for America First who did not think twice about promoting Gaetz’s appearance at their summit, we should remember that their actions are not aberrations. They echo a long and troubled history of how white women have often used their collective power to elevate, defend and protect white men — regardless of the individual’s views or behavior.

And before you think this is mostly an issue of the past, a recent statement of support from the women of Gaetz’s office reminds us this practice is unlikely to change anytime soon.