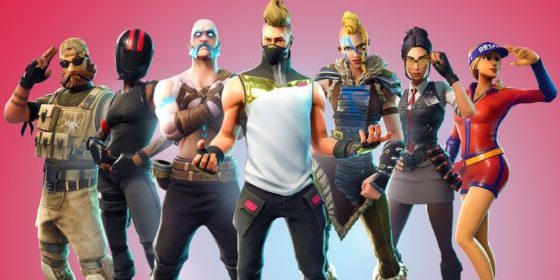 The latest 15.30 update for Fortnite has certainly lived up to the sky-high expectations of the community. From new skins to weapons, there is a lot of new content in the game, and the rumors regarding the new POI and Mando’s Bounty LTM have also turned out to be true.

Players around the world are either grinding in Mando’s Bounty, or trying out the new Exotic weapons in Fortnite. Twitch streamer SypherPK is no exception and as usual, he is one of the first content creators to review the latest changes in the game.

Here’s SypherPK playing with the latest Exotic weapons and visiting the new POI in Fortnite:

SypherPK appreciates the reduced cost of Exotics in Fortnite

SypherPK first visited Craggy Cliffs, where an NPC offers the Burst Quad Launcher for 600 gold. The weapon’s reduced cost impressed the streamer, as he was expecting it to cost around 1200-1600 gold. SypherPK also received the Chug Cannon after eliminating an opponent.

“It seems like Epic has decided to use the new and improved value for the Exotics.” said SypherPK.

The Burst Quad Launcher and the Chug Cannon certainly justify their ‘Exotic’ status. While the former shoots two rockets at once and deals significant damage, the latter provides 75 shield.

SypherPK believes that the Burst Quad Launcher can be a substantial addition to competitive play. However, gathering 600 gold in professional lobbies is a far-off possibility. He also mentioned that the Chug Cannon can be highly beneficial for long fights.

Soon after trying out the new weapons, SypherPK reached the latest POI in Fortnite. He eliminated some players and then explored the location while being the last man standing there.

The new POI is based around Star Wars, and it comes as no surprise that SypherPK got some ‘Mandalorian’ vibes from it.

“I like that there’s a new POI over there. It’s actually a good spot for a POI” said SypherPK. He further added, “Yeah, this is a cool-looking POI. Pretty solid-looking POI.”

Last, but not least, Epic Games has introduced new settings and items in Creative. Considering that the developers want to build a legacy for Fortnite in 2021, these updates like seem like the first step in the right direction.