Statistics Canada says annual pace of inflation edges up in February to 1.1% 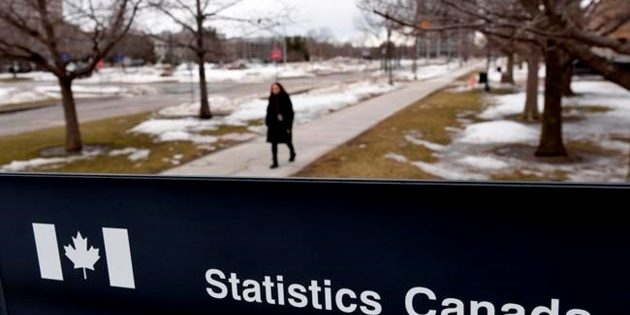 OTTAWA — The country’s annual inflation rate hit a pandemic-era high of 1.1 per cent last month, driven by a rise in gasoline prices that suggests an economic recovery is on the horizon.

OTTAWA — The country’s annual inflation rate hit a pandemic-era high of 1.1 per cent last month, driven by a rise in gasoline prices that suggests an economic recovery is on the horizon.

“It’s clearly a reminder that things are normalizing in terms of demand,” he said.

“That’s certainly been part of the story in gas prices is just that markets are expecting an eventual normalization in global travel patterns and in demand…from both airlines and people driving a lot more.”

Marple added there won’t be a real pickup in the normalization of economic activity until the health crisis passes, which may not arrive until the summer or fall depending on vaccination efforts.

Nonetheless, the trend is encouraging.

The 1.1 per cent annual inflation rate for February that Statistics Canada reported Wednesday is a tick above January’s one per cent.

Behind much of the growth was a five per cent year-over-year increase in gasoline prices, marking the first yearly price increase since February last year. It was also the third-straight month of gas-price gains.

Excluding gasoline prices, the agency’s consumer price index in February would have risen by one per cent compared with a year ago.

The February reading marked only the third month that the headline inflation rate was at or above one per cent during the pandemic, but it was the largest percentage gain since February 2020, when the annual inflation rate clocked in at 2.2 per cent — just before the spread of COVID-19 began to affect the economy.

Economists had expected an annual inflation rate of 1.3 per cent for February, according to financial data firm Refinitiv.

The longer price weaknesses prevail, the longer Canada’s central bank plans to keep its key interest rate at 0.25 per cent to help the economy get back on its feet. The Bank of Canada targets an inflation rate of two per cent.

Statistics Canada said the average of Canada’s three measures for core inflation, which are considered better gauges of underlying price pressures and closely tracked by the Bank of Canada, was 1.73 per cent for February.

By keeping its key interest rate target low, the central bank is driving down the rates charged on things like mortgages and personal loans to spur spending. Coupled with increasing demand for larger houses as people remain at home due to the pandemic and constrained supply, the central bank’s actions have also helped heat the housing market.

Statistics Canada said homeowner replacement costs, which are linked to the price of new homes, rose seven per cent between February 2020 and last month, marking the largest yearly increase since February 2007.

Home prices have risen so substantially that they have offset declines in mortgage costs, causing affordability issues despite the low-interest environment, said Diana Petramala, senior economist at Ryerson University’s Centre for Urban Research and Land Development.

She said the market is similar to what was seen in 2017 just before new rules came in to cool prices, such as a tax on foreign buyers.

“I find it hard to believe that prices can continue to rise at the pace that they’re rising,” she said.

“But I can’t see prices coming down given the size of the next generation of first-time homebuyers is very significant.”

All those millennials sitting on the sidelines may jump into the market if prices cool down, Petramala said.

The Bank of Canada has warned that annual inflation readings in March and beyond may spike above its two per cent comfort zone, but only because the 12-month comparison will be with the worst of the pandemic-induced downturn.

The trend in higher prices at the pumps should push total annual inflation above two per cent this month, possibly hitting three per cent in April, CIBC senior economist Royce Mendes wrote in a note.

This report by The Canadian Press was first published March 17, 2021.