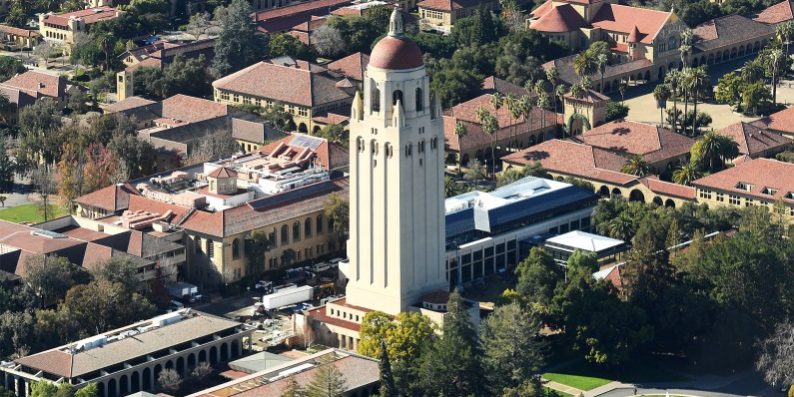 Administrators at Stanford University sent an email to students, faculty, and staff on Monday alerting them to a potential hate crime on its campus.

“Two cords with loops that may represent nooses were found in a tree near the intersection of Campus Drive and Junipero Serra Boulevard, along the Lake Lagunita walking trail… The Office immediately contacted the Stanford University Department of Public Safety (DPS), which promptly investigated the incident with a campus arborist,” wrote Dean of Students Mona Hicks and Vice Provost for Institutional Equity, Access and Community Patrick Dunkley.

According to the arborist, “it seems that the cords had been attached to the tree for approximately 18-24 months. We cannot be certain whether the ropes were deliberately fashioned in the shape of nooses, or were part of an abandoned swing or rope ladder.”

Despite the dearth of evidence that the ropes’ presence represented an act of racial animus, Stanford has offered mental health resources to disturbed students, per the Stanford Review. Hicks and Dunkley closed their message by explaining its intention: “This information is being shared with you so that everyone is informed as we move forward together as a community committed to calling out and addressing racism.”

This week’s events in Palo Alto mirror those on campuses around the country; the strange case of the collegiate noose panic is a mainstay of headlines.

In fact, Stanford itself had another noose scare in 2019, and in that instance, its administration was pilloried for its supposedly un-energetic response:

We take this matter very seriously, and DPS is currently investigating the incident. If additional evidence comes to light, it may be classified as a hate crime. We would strongly encourage anyone with more information on this incident to contact DPS. While we await further conclusions from the investigation, we deeply appreciate that a noose is recognized today as a symbol of violence and racism directed against African American people. Such a symbol has no place on our campus. We need to continue to strive for a community in which discrimination and hate have no presence. We will ensure that our community is updated on the status of the investigation into this very serious matter.

An open letter published in The Stanford Daily at the time of the 2019 incident accused the administration’s response of acquiescing to, and enabling “ hatred, prejudice, ignorance, and violence.”

Send a tip to the news team at NR.