Squid Game and the evolution of globalisation 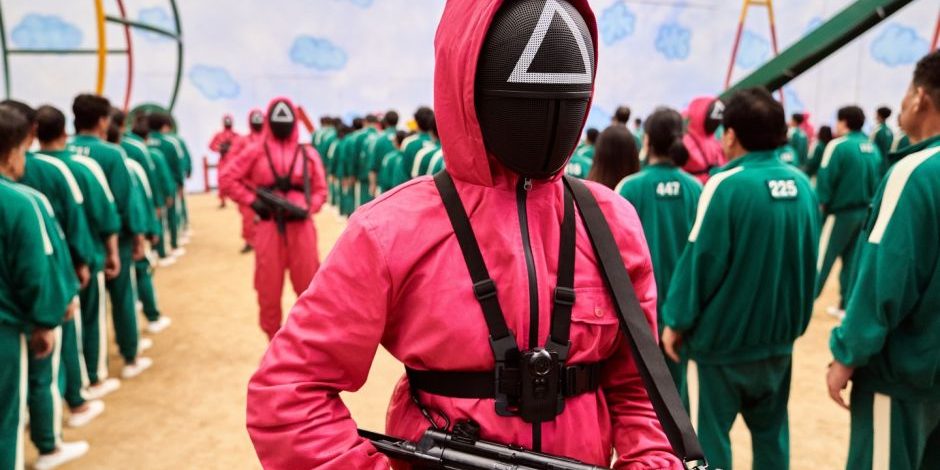 As fresh Covid-19 restrictions bite this month, it is a fair bet that millions of western households will spend the holiday season glued to streaming services. It is also a reasonable prediction that many will watch the wildly popular Netflix hit Squid Game, a violent dystopian fantasy that comes from South Korea.

So far, so trivial, you might think. But embedded in this viewing choice is a symbol of the changing nature of globalisation which is rather cheering – and which investors should note as we prepare for 2022.

Over the past few decades, the word “globalisation” has been largely synonymous with westernisation, at least in the minds of the global business elite. Globalisation of media content meant that Hollywood was exporting its hit movies; and when the US media platform Netflix sprang into life 24 years ago, it served American-made fare, mostly to American-based consumers.

But Squid Game is a made-in-Korea product, backed by Netflix, which has become the most viewed show in 90 countries around the world this year. Indeed, polls suggest that one in four Americans has watched it, while Spanish, Brazilian and French offerings produced for a global audience now litter the Netflix site. The globalisation of media, in other words, is no longer about Hollywood; digitisation has made it a multipolar affair.

And this is just one metaphor for what is happening in other fields. Think of fast fashion, where the Chinese company Shein now has one-quarter of the US market; or social media, where another Chinese group, TikTok, has one billion global consumers. Then consider fintech, where Singapore is now such a locus of innovation that the Bank for International Settlements opened its fintech innovation hub there instead of heading to Silicon Valley. Or think of development flows and how Beijing’s belt and road initiative is creating non-western linkages across Asia and Africa.

This point about multipolarity might seem obvious, since it has been emerging for a while. But it is worth stressing right now given the current gloom about globalisation.

In the past couple of years, western pundits have often fretted that we are moving into a “deglobalisation” phase. And no wonder. Although global financial integration soared early in the 21st century, it has flatlined since the financial crisis of 2008, as a study of globalisation that is issued each year by DHL, the logistics group, shows.

Trade wars and rising nationalism have also undermined global trade flows, while an authoritarian crackdown on digital freedoms in countries such as China threatens to splinter the internet – and pandemic lockdowns have further shattered global supply chains.

However, it is possible that when future historians look back at 2022, they will see not just deglobalisation, but an emerging reglobalisation too, or a type of global connectivity driven by new, non-western and non-traditional forces.

“Globalisation had a very specific topology – it was dollar-denominated, shaped by the Washington Consensus,” says Joshua Cooper Ramo, chief executive of Sornay, an advisory and growth capital firm. “But deglobalisation is a reaction to too much openness and too much speed – there is a new, reglobalisation model coming. Most in Washington don’t see this yet [but] the battle is over the new topology of reglobalisation.”

This might sound threatening, at least to those Washington observers. But it may also be giving new impetus to global integration. Consider, once again, the DHL globalisation report, which is compiled by collating metrics about the movement of people, money, trade and information.

The latest survey, released at the end of last month, shows that, in 2020, the global movement of people, capital and trade collapsed as the world absorbed the Covid-19 shock. The only globalisation metric that stayed strong was information, due to exploding internet usage.

But what is more surprising is that global trade flows have recently surged, in spite of supply chain disruptions. Capital movements have jumped dramatically too, amid a flurry of investment flows and cross-border mergers and acquisitions, not just between western countries but non-western ones too.

And while the growth of information flows has eased back to the pre-pandemic trend (perhaps because of internet nationalism), and the movement of people remains low, DHL calculates that the composite index of global integration was about 124 at the end of 2020, compared to a baseline of 100 in 2000.

Yes, that is down from a pre-pandemic peak of 127 in 2019. But it is higher than the 119 level recorded in 2007 – in other words, just before the financial crisis and at the high point of the western-driven globalisation wave of the early 21st century.

Moreover, DHL projects its index will be at about 130 by the start of 2022, setting a new peak. So, although the pandemic was a massive stress test for global connectivity, it seems that integration is now higher, not lower, than before.

Is this due to a “reglobalisation”? The data does not yet support this conclusion. But if you stream TV content this Christmas, ponder the trend. Yes, the world might now seem dystopian, xenophobic and depressing; but it is also being remade by digital innovation in exciting ways, in finance and business – as well as our TV shows. – Copyright The Financial Times Limited 2021