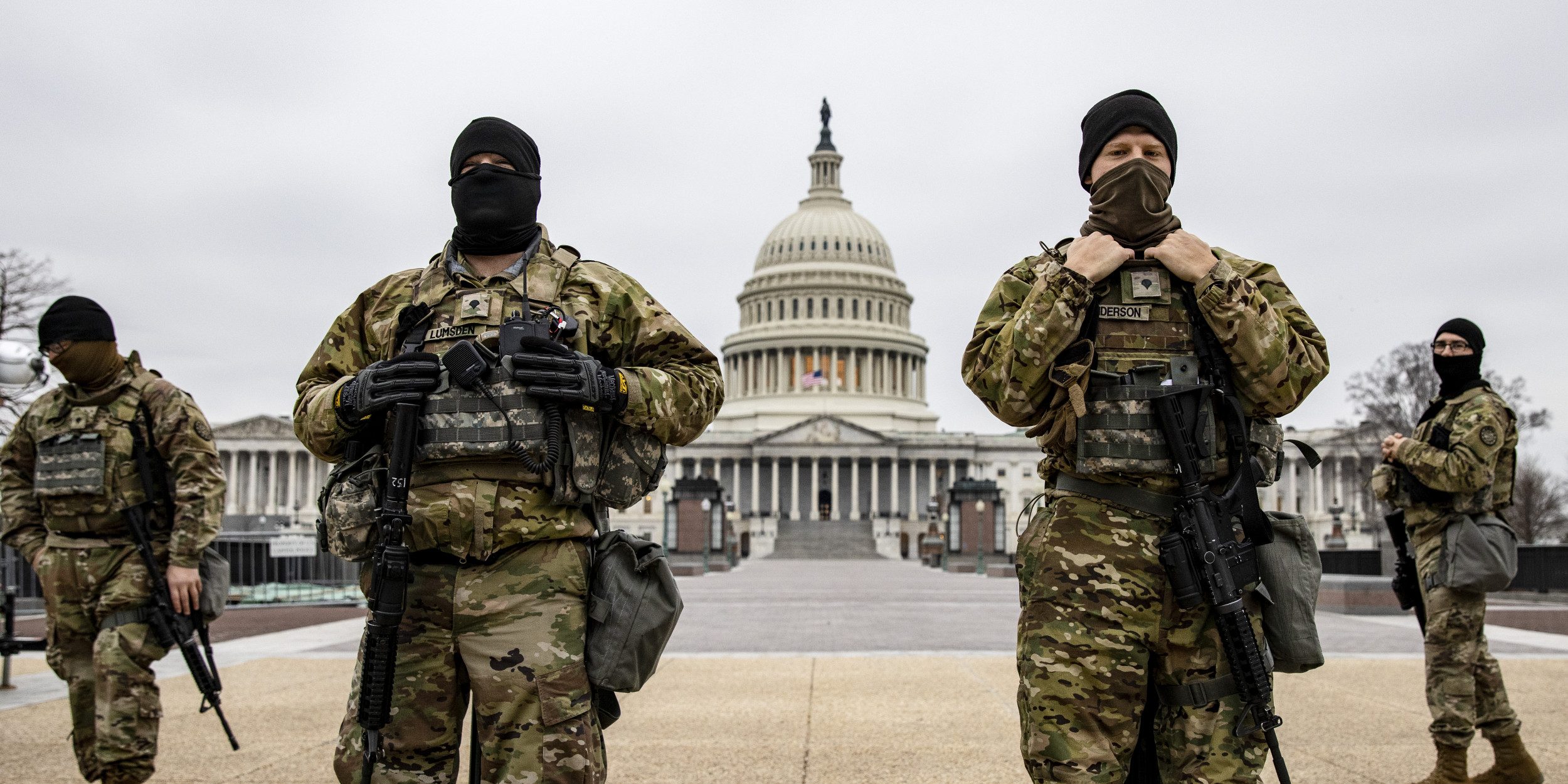 Speaker Nancy Pelosi‘s fence around the U.S. Capitol building is an eyesore, an insult to the American people and an embarrassment for the Unites States around the world.

At least one Democrat has been brave enough to do something about it. Washington D.C. delegate Eleanor Holmes Norton has introduced a bill titled “No Fencing at the Capitol.”

Delegate Holmes Norton says correctly that “permanent fencing would send an un-American message to the nation and the world, by transforming our democracy from one that is accessible and of the people to one that is exclusive and fearful of its own citizens.”

The Washington Post editorialized against a permanent fence saying it would “deface” the U.S. Capitol.

Just the News reported that House Intelligence Committee ranking member Devin Nunes said, “I haven’t seen any credible information whatsoever that we would need all the fencing and all the guardsmen that are still there…. They need to go home.”

Arizona Republican Andy Biggs noted the hypocrisy of liberals who wanted to tear down the wall between the United States and Mexico while keeping a permanent fence around the Capitol, saying “The same people who tell me that fences don’t work on the border want to have this fence and turn the Capitol into a military compound.”

There is no excuse for razor wire to be blocking the American people from our Capitol. It is the people’s house. The fencing is more than an eyesore—it is an insult.

The Left is desperate to convince us that the greatest threat to America is from American conservatives. From the Left’s ideological worldview, Antifa is not a problem. Looters and rioters burning down buildings in American cities are “mostly peaceful.” Islamist terrorists such as Boko Harum and Al Qaeda are not serious threats. The Iranian dictatorship is a legitimate regime that should be engaged with diplomatically. Communist China is a good business partner. Vladimir Putin‘s Russia is misunderstood and should be courted—these are all part of the Left’s delusions.

But American conservatives, according to the Left, are so dangerous we must keep the National Guard in our nation’s capital and surround the Capitol building with razor wire and fencing—never mind that the group of thugs who attacked the Capitol in January in no way represent the 74 million people who voted Republican in 2020.

Delegate Holmes Norton (a Democrat) has shown real courage in introducing the “No Fencing at the United States Capitol Complex Act.” Other Democrats should listen to their colleague (who actually lives in D.C.). Every Republican and common-sense Democrat should immediately cosponsor the Holmes Norton bill—and a bipartisan duo or group should introduce it in the Senate.

This is an opportunity for a genuinely bipartisan step away from hysteria and toward sanity.

I hope every American will call their House and Senate members today and urge them to cosponsor the “No Fencing at the United States Capitol Complex Act.” Also, send a note to Delegate Holmes Norton congratulating and thanking her for her leadership and courage.

The U.S. Capitol belongs to the American people—not the political aristocracy.

The views expressed in this article are the writer’s own.