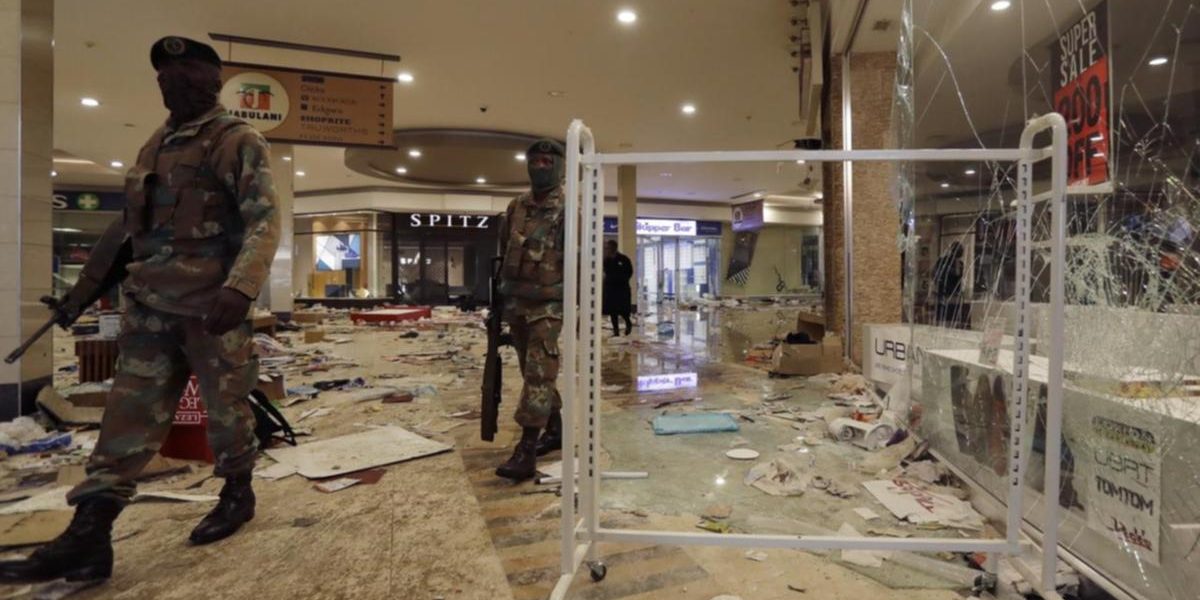 South African farmers have been hit by days of unrest and looting as trucks carrying produce are prevented from delivering to markets, threatening food supplies, industry officials say.

Crowds have this week clashed with police and ransacked shopping malls, with dozens reported killed as grievances unleashed by last week’s jailing of former president Jacob Zuma boiled over into the worst violence in years.

Some of the country’s major highways have been closed off.

“Farmers have already had major losses because they cannot get their products to local markets and to shops,” Christo van der Rheede, executive director at the country’s main agricultural body AgriSA, said.

One of AgriSA’s farmers has already reported the loss of 3 million rand ($A275,740) of perishable produce that could not be transported, van der Rheede said.

All sugar mills in Kwazulu-Natal – the main sugar growing area and one of the provinces hardest hit by the unrest – have closed after cane trucks were hijacked, mills threatened and cane farms set alight, South African Canegrowers Chief Executive Thomas Funke said.

“Around 300,000 tonnes of cane to date has been burnt. This is roughly 180 million rand of grower revenue,” Funke said.

Citrus growers association chief executive Justin Chadwick said citrus exports had also been halted, with trucks unable to use the main arterial roads to the Durban port, where more than half of the citrus is exported.

South Africa is the world’s second largest exporter of fresh citrus after Spain.

President Cyril Ramaphosa warned on Monday that disruption to supply chains could lead to food and medicine shortages in the coming weeks.

The impact was already being seen in Durban.

On Tuesday, consumers stood in queues at a few supermarkets that remained open to buy basics.

In some areas, where supermarkets remained closed, panic was setting in over food supplies.

“All the shops are closed. We are going to run out of bread soon,” said Neli Zulu, a resident of Pietermaritzburg, another area badly affected by the unrest.