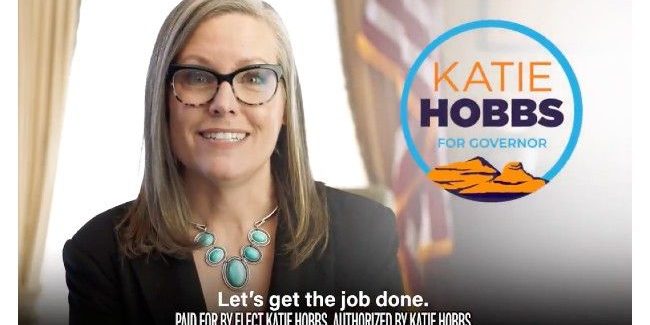 Arizona’s Dem Secretary of State, Katie Hobbs, announced on Wednesday that she is running for governor in 2022:

I’m running for Governor to deliver transparency, accountability, and results for Arizonans — just like I’ve done my whole career.

Twitchy readers will know her from her fierce criticism of the ongoing audit in Maricopa County:

“A better description would be a review or investigation — or, from some perspectives, ‘grift’ or ‘clown show.’ Some have taken to calling it a ‘fraudit.'”https://t.co/jV92aagQmh

She’s been keeping a list of her grievances, too:

Since the start of the Senate’s so-called audit, my office has had concerns over the lack of transparency and even took legal action to ensure we had election experts on the ground. They are updating us with their observations, which you can find here: https://t.co/cPGsHHhE3L pic.twitter.com/uq5aQxseJC

So, in this climate, the person in charge of replacing the voting machines is going to be running for office in an election using these new voting machines? What could go wrong?

RETRIBUTION? AZ’s Dem Sec. of State threatens to de-certify $6.5 million worth of election equipment because of the Maricopa audit https://t.co/qdMSjoTe2m

Also running, via the Arizona Republic:

Lake joins a Republican nominating contest that already is getting crowded. Treasurer Kimberly Yee and Karrin Taylor Robson, a member of the Arizona Board of Regents, are other well-known candidates already running for the party’s nomination for governor. Former U.S. Rep. Matt Salmon also is expected to enter the race.