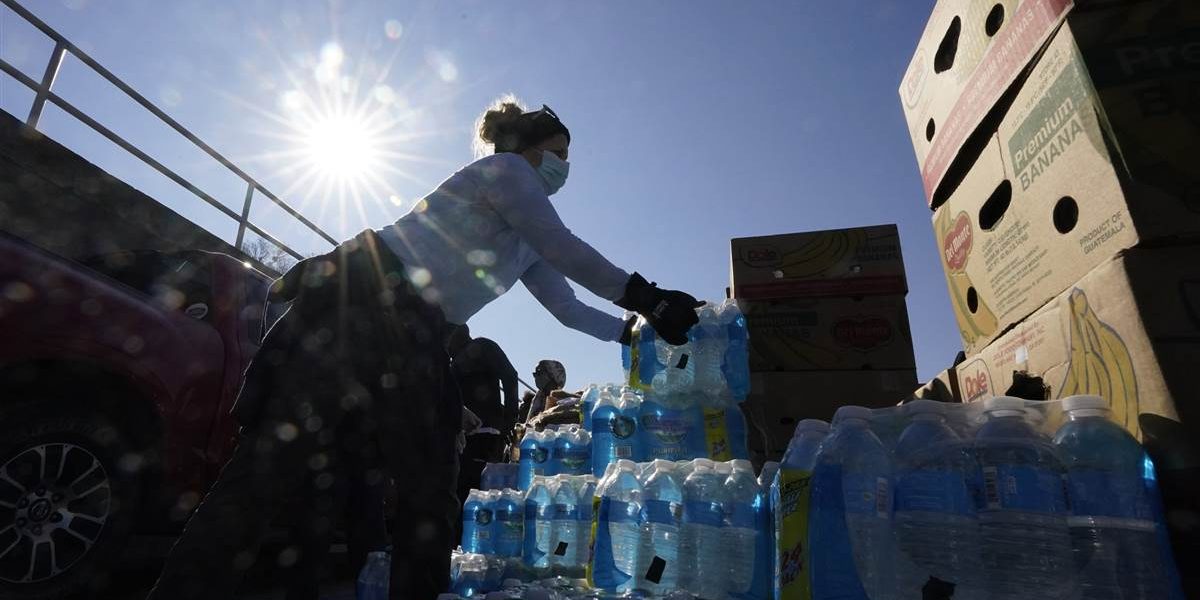 President Joe Biden has declared a major disaster in Texas as the state reels from a severe winter storm that left millions of people without power amid freezing temperatures.

Biden’s action makes federal funding available to communities across 77 counties, including hard-hit Harris County, where Houston is located. Additional disaster designations may be made after further damage assessments, the White House said Saturday morning in a statement.

“I thank President Biden for his assistance as we respond to impacts of winter weather across our state,” Texas Gov. Greg Abbott said in a statement. “While this partial approval is an important first step, Texas will continue to work with our federal partners to ensure all eligible Texans have access to the relief they need.”

Out of more than 260,000 outages in the United States without electricity Saturday, Texas accounted for more than 25 percent of them with 71,449 outages, according to the tracking site poweroutage.us.

The latest on the storm:

More than 15 million people were under orders Saturday to boil tap water in the wake of the punishing winter weather that began a week ago and has paralyzed the state, caused frozen and burst water mains and residential pipes, and created chaos for water treatment facilities, according to a spokesperson for the Texas Commission on Environmental Quality.

Frozen pipes hampered the Killeen Fire Department’s efforts to get an overnight blaze at the Hilton Garden Inn under control, officials said. All of the hotel’s 102 rooms were occupied when the Hilton’s automatic sprinkler system failed, the department said. Seven agencies assisted in bringing the fire under control just after midnight, and authorities only reported minor injuries.

Biden said Friday he plans to visit the state next week if it doesn’t create “a burden.”

His major disaster declaration unlocks grants for temporary housing and home repairs, low-cost loans to cover uninsured property losses, and other programs to help individuals and business owners recover from the effects of the disaster, the White House said in Saturday’s statement.

“The funds provided under the Major Disaster Declaration may provide crucial assistance to Texans as they begin to repair their homes and address property damage,” Abbott said.

Rep. Alexandria Ocasio-Cortez, D-N.Y., has helped raise $3.2 million for relief efforts as of Friday night for Texans in need, she said in a press conference Saturday morning alongside Reps. Sylvia Garcia and Sheila Jackson Lee, Democrats who represent Houston.

The three lawmakers distributed supplies to help the millions of Texans lacking basic necessities in the wake of the record-breaking winter storm that has left at least 46 dead in 10 states, the majority in Texas.

“Texans do not want to go through this again. They want accountability. They want to know why the system failed and quite frankly, almost broke,” Garcia said Saturday morning.

The winter storm has also left parts of other states without power: Mississippi reported more than 62,000 outages Saturday afternoon while Louisiana is grappling more than 35,000 outages, according to poweroutage.us.

Nicole Acevedo is a reporter for NBC News Digital. She reports, writes and produces stories for NBC Latino and NBCNews.com.