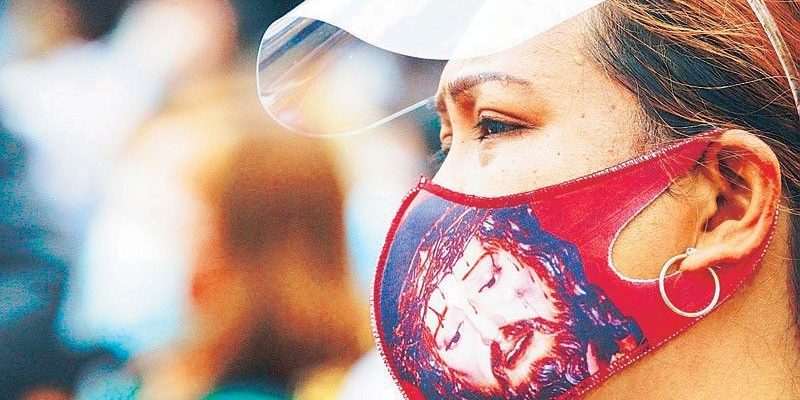 In an interview, OCTA group’s Guido David said 48 percent of the 600 respondents interviewed for the survey admitted that they resort to prayer to fight off the virus.

“One in two resorts to prayers, one way of not getting a disease, based on their perspective,” he noted in an interview with “The Chiefs” on Cignal TV’s OneNews.

The “Tugon ng Masa” survey was conducted from Dec. 1 to 13 last year among 600 residents in Metro Manila aged 12 and above.

David admitted they did not  expect this outcome.

He added they also found it “surprising that prayer is higher than avoiding crowded places.”

The survey showed that prayer had equaled “covering of nose and mouth when coughing or sneezing” at 48 percent.

Prayer, however, ranked higher than “avoiding crowded places” which got 37 percent.

“This result reflects our cultural perspective or upbringing or environment in which we resort to prayers to solve problems, although these problems can be solved by applying simple measures like wearing of masks,” he said.

According to David, prayer is one of the “provided choices” on the survey along with wearing of face masks and face shield, avoiding crowded places and physical distancing, among others.

David added they included prayer in the options to know how the people will react to a “less conventional response,” instead of a scientific response.

The research group also said it is too early to celebrate the low increase in COVID-19 cases, despite the recent Yuletide season.

David said “it is too early to claim victory” that the number of cases in the country did not increase significantly during the holiday, contrary to earlier projections.

“We are happy to say the worst did not come to pass, but we are not clear yet,” he noted, underscoring that the COVID-19 testing capacity was not fully operational during the holidays.

According to David, only 50 percent of swab specimens were being tested, compared to the testing capacity prior to the holidays.

“This is anecdotal… but there were individuals who (thought they) have contracted COVID-19, but they were not going to hospitals. They did not want to spend the holiday in the hospital,” he claimed.

David added that cases may still possibly increase if the operation of the laboratories is at full capacity and all probable cases are tested.

The expert had made the statement after presidential spokesman Harry Roque had assured the public that the “worst is over” for the country as far as the COVID-19 pandemic is concerned.

This is because no significant surge in new cases was being recorded by the Department of Health (DOH) even after the holidays.

The DOH reiterated yesterday that it is premature to conclude that the projected increase in COVID-19 cases during the holidays will not happen.

“I don’t think this is the time for us to make conclusions at this point in our situation regarding this pandemic,” said DOH Undersecretary Maria Rosario Vergeire, after Roque’s Thursday pronouncement that the “worst is over.”

Vergeire noted that the first thing to consider is the detection of the new variants of COVID-19 in other countries. The mutated strains were more easily transmissible than existing variants in circulation.

“We are not out of the woods yet. The recent trends that we are seeing are not yet stable. We would see 800 new cases in one day, and then 1,000 in another day and then 900. It’s really unstable,” she noted.

The DOH is expecting to see by middle of January if the Christmas holidays had impacted on the country’s COVID-19 cases.