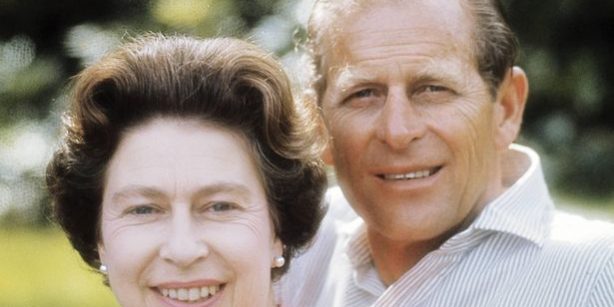 He was by her side, or a couple of respectful steps behind, during thousands of engagements over seven decades.

Even when physically apart, this was a couple deeply in love who were always emotionally together.

It was not conveyed in public displays of affection, which were certainly not their style.

But it was obvious in the way they accepted long spells apart, both understanding there was no room for neediness in a marriage where one had an innate sense of duty and the other an immense need for time away from the Crown and crowd.

What is your best memory of Prince Philip? Let us know in the comment section

Theirs was a love so strong it survived everything from intense worldwide scrutiny to family scandals.

It began, according to Princess Elizabeth’s childhood governess Marion “Crawfie” Crawford, because the future queen was attracted to teenage Philip Mountbatten’s ­athleticism and “viking” good looks of blond hair and blue eyes.

They were introduced when he escorted Princess Elizabeth and her sister Margaret around Britannia Royal Naval College in Dartmouth in 1939. Friends said he showed off, jumping the tennis nets.

In her memoir, The Little ­Princesses, Crawfie said Elizabeth was so impressed she exclaimed: “How good he is, Crawfie. How high he can jump.”

In later years, Crawfie said ­whenever he came aboard the King’s royal yacht for meals Elizabeth turned “pink-faced”.

Philip had fallen just as hard. He wrote beautiful love letters to Elizabeth while serving as one of the youngest first ­lieutenants in the Royal Navy throughout the ­Second World War.

Philip Eade, author of Young Prince Philip: His Turbulent Life, said Philip wrote in a 1946 letter: “To have been spared in the war and seen victory, to have been given the chance to rest and to re-adjust myself, to have fallen in love completely and unreservedly, makes all one’s personal and even the world’s troubles seem small and petty.”

Elizabeth was only 13 when she first set smitten eyes on Philip so the engagement didn’t come until eight years later in 1947, with the marriage taking place at Westminster Abbey in November that year.

Five years later, the young bride would take more vows and ascend to the throne as Queen Elizabeth II. It was a lifetime role thrust upon her by her uncle’s abdication and father’s death. But with her handsome prince by her side, she had the steely support and luxury of true love to bolster her decades heading the monarchy.

Side-by-side they travelled the world, sharing commitment to their duties, colourful experiences and laughter at any ceremonial mishaps. Those close to them were not surprised to see the queen’s fit of giggles as she walked past her husband standing to attention in his uniform and bearskin hat at ­Buckingham Palace in 2005.

Prince William said of his grand-parents in 2012: “He makes her laugh because some of the things he says and does and the way he looks at life is obviously slightly different than her, so together they’re a great couple.”

But, as in every long marriage, there weren’t always laughs.

The Queen and Prince Philip endured family crises, wars and political upheavals together but always shared an unbreakable united front. Only one wore the crown, but there was a strong sense they were in it together.

In private he called her Lilibet, Sausage or Darling and they loved a telly supper together. Their personal relationship left those closest to them in awe.

“I think he is her rock, really, and she is his,” said their granddaughter ­Princess Eugenie. “Together, they are invincible.” Strength was often a word used when the Queen personally praised her husband.

In her Golden Wedding Anniversary speech in 1997, she said: “All too often, I fear, Prince Philip has had to listen to me speaking.

“Frequently we have discussed my intended speech beforehand and, as you will imagine, his views have been expressed in a forthright manner. He has, quite simply, been my strength and stay all these years, and I, and his whole family, and this and many other countries, owe him a debt greater than he would ever claim, or we shall ever know.”

His gruffness contrasted with her gift of grace. His tendency not to suffer sycophants juxtaposed against her flawless diplomacy. And they adored each other for it.

He understood that her public engagements always came first, and she respected that he needed time to indulge in his passions such as carriage driving away from the blaze of her ­spotlight.

In his Golden Anniversary speech, Prince Philip says: “I think the main lesson we have learnt is that tolerance is the one essential ingredient in any happy marriage. You can take it from me, the Queen has the quality of ­tolerance in abundance.”

The widowed monarch will surely look to and lean on her children more than ever. Whether she chooses this sad moment to step back from public life remains to be seen.

But one thing is certain: her heart is broken now the love of her life is gone. None of her homes will feel the same now her husband’s absence is everywhere.

But in death as it was in life, Philip will always be on her mind and they will never be emotionally apart