No Dignity For Dead: Defunct Freezers at Cuttack SCB Morgue Raise A Stink 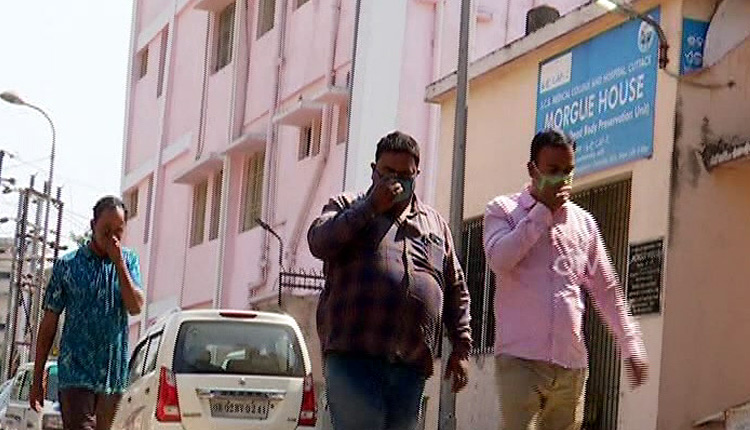 Cuttack: At a time when the Odisha government is planning to transform SCB Medical College and Hospital into a world-class healthcare facility, miserable condition of the mortuary here has put a big question mark on the ambitious project.

According to sources, preservation of unclaimed bodies at the premier hospital has taken a severe beating due to defunct refrigeration system at the morgue. The freezers at the morgue house are out of order for a long time now.

As the unclaimed bodies are kept outside the freezers, foul odour emanates from the bodies making life difficult for patients, their attendants and hospital staff alike. Besides, two air-conditioners installed in the room for the cooling system are also not functioning.

“Due to the disturbing foul odour from the mortuary, no one can even stand or pass through the area where it is situated. The unclaimed bodies are left to rot and foul smell grips the area,” said Khetrabasi Behera, relative of a patient.

According to sources, two important wards like skin and diarrhoea are situated near the mortuary. So, there is fear of infection of the patients due to the foul smell. However, the authorities are seemingly least bothered about the issues.

“A body needs to be cremated within 96 hours, but the hospital authorities are not doing so. They conduct cremation after 5-6 unclaimed bodies are piled up. Maggots are seen crawling on dead bodies inside the mortuary. There is nothing more unfortunate than this. On the other hand, the government is making tall claims that the hospital will be turned into AIIMS plus hospital,” Social activist Deepak Kumar Acharya.

Human rights activist also condemned the inhumane dealing of the bodies at the mortuary.

“The way the bodies are kept at SCB, which is the largest hospital in Odisha, is really unfortunate. We have drawn the attention of the authorities many times earlier,” said human rights activist, Abhimanyu Das.

Meanwhile, the hospital authorities said a third party will be engaged for the management of the morgue and the freezers will be repaired at the earliest.

“A meeting of Swasthya Bikash Samiti was held under the chairmanship of RDC (central range) where we had proposed for management and maintenance of the morgue by an outsourcing agency. The RDC has approved it and we will take steps in this regard soon,” said SCB administrative officer, Kalpataru Behera.