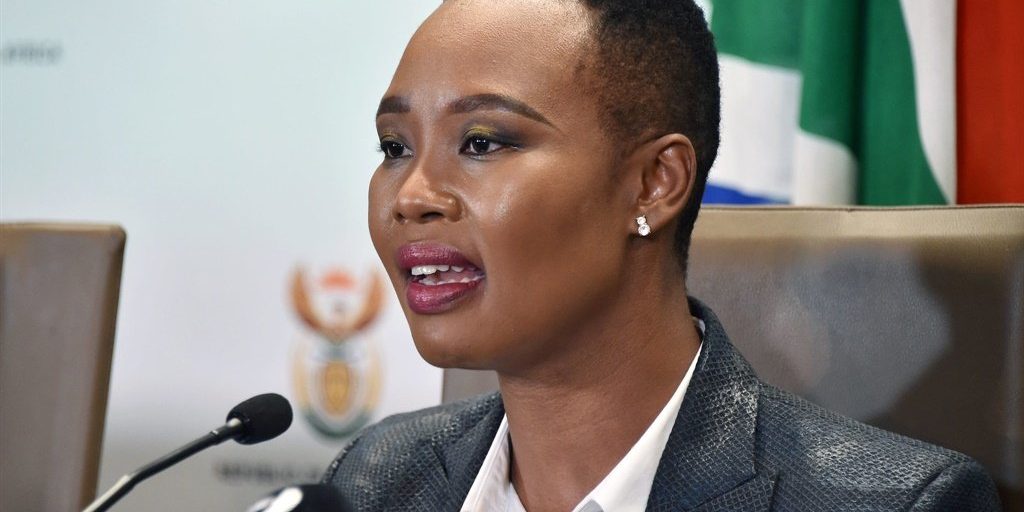 Legal challenges to the spectrum auction and licensing of Wireless Open Access Network (WOAN) could leave the SA economy even worse off instead of recovering, Communications Minister Stella Ndabeni-Abrahams has said.

Delivering her department’s budget vote on Tuesday, Ndabeni-Abrahams said spectrum, “like the land question in South Africa, is a highly contested space” and that litigation under way could “hamper our determination to rebuild our economy”.

The minister said her department – which presented a budget vote of R3.7 billion for the financial year 2021/22 – had finalised a Digital Economy Masterplan that could see an economic contribution upwards of 4.5% of GDP per annum, the creation of one million jobs over the next ten years, and “create massive opportunities for SMMEs”.

It further set a goal of one million jobs in the next decade, she added.

But, said the minister, ongoing delays in finalising the spectrum auction are a stumbling block.

The Independent Communications Authority of South Africa (Icasa) has been locked in a legal battle with Telkom and e.tv. Telkom argues that the invitations to apply (ITAs) for spectrum and the planned wholesale open-access network could entrench the dominance of Vodacom and MTN and wants aspects of the invitation to be reviewed.

But Vodacom and MTN, meanwhile, argue that the rollout of spectrum can lower data prices – long a thorn in the side of consumers.

The auction of spectrum has been delayed numerous times over the years, delaying the rollout of high-speed internet and 5G communication technologies.

“We have, and continue to implore parties involved, including the regulator [Icasa] to find amicable solution to the ongoing impasse. I believe that it is within the industry’s ability to find an out of court Dispute Resolution mechanism and avert the delays and stagnating economic impact,” said the minister.

During her speech, the minister also said a collective R27 billion had been pledged by operators and vendors to expand the 4G network and deploy 5G and fibre technologies in the country.

“This network expansion is also extending to rural and underserved areas, which will benefit communities and create jobs. As such, I hope that the licensing of the WOAN and the High-Demand Spectrum will complement these rollout plans,” she said.

In line with government’s goal to connect 80% of public buildings by 2024, a total of 6 687 sites across the country would be connected, she added.

Through investment in digital infrastructure expansion, 5 920 jobs have already been created by the sector and it is envisaged that there will be an increase of at least 25% of this target, said Ndabeni-Abrahams.

According to the minister, households have also been targeted.

“As part of the Presidential Employment Stimulus Initiative, we have  in collaboration with the Presidency submitted a bid for funding to support digital access for low-income households and stimulate job creation and economic growth through household broadband connectivity and public Wi-Fi access,” she said. The goal is funding of R340 million in the current financial year.

R60 million has been allocated for connectivity at OR Tambo airport.