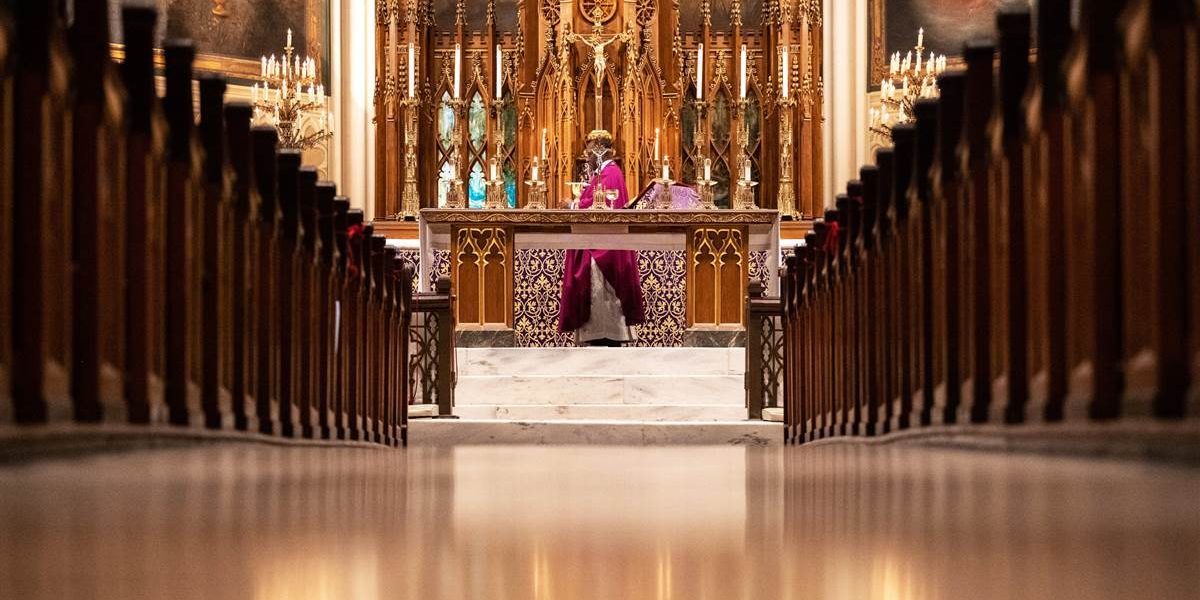 In apparent defiance of the Vatican, the Roman Catholic Archdiocese of New Orleans urged its parishioners on Monday to avoid Johnson & Johnson’s Covid-19 vaccine, calling it “morally compromised” due to links to cells derived from aborted fetal tissue.

The strongly worded statement came just two days after the Food and Drug Administration granted an emergency use authorization to Johnson & Johnson’s Covid-19 vaccine, which public health officials have hailed because it requires only one dose and doesn’t have cumbersome, cold-storage obstacles.

The “archdiocese must instruct Catholics that the latest vaccine from Janssen/Johnson & Johnson is morally compromised as it uses the abortion-derived cell line in development and production of the vaccine as well as the testing,” according to the archdiocese statement.

The vaccine formula, however, includes no fetal tissue, company officials have said. Like many vaccine makers, Johnson & Johnson uses cells originally derived from fetal tissue in the manufacturing of the vaccine. These cells can be traced back to the 1980s, and are commonly used in labs because they can replicate indefinitely, ensuring they never run out.

The archdiocese’s stance seemed to be at odds with the Vatican, which earlier this year said it was “morally acceptable” for Roman Catholics to receive any Covid-19 vaccine, even one based on research that originally used cells derived from aborted fetuses.

In a statement on Tuesday, Johnson & Johnson said there’s “no fetal tissue in our Janssen Covid-19 vaccine.”

“We are able to manufacture hundreds of millions of doses using our engineered cell-line system that enables the rapid production of new viral vaccines to combat many of the most dangerous infectious diseases,” according to the company’s statement.

The New Orleans Archdiocese statement offered only the slightest opening for followers seeking the Johnson & Johnson vaccine, saying that taking any of the Covid-19 protections remain an issue “of individual conscience in consultation with one’s healthcare provider.”

“I have tremendous respect for the archbishop of New Orleans,” Gov. John Bel Edwards told reporters on Tuesday. “I would point out that I don’t read his statement as completely telling people, who are Catholic or otherwise, not to avail themselves of the Johnson & Johnson vaccine.”

Edwards, who is Catholic, said he appreciated the moral point raised by the archdiocese, but appealed to his fellow Louisiana residents to strive for “the common good.”

“You do have to weigh this with the common good of ending a pandemic,” Edwards said. “And there’s an imperative that we do this. The fastest the way to do this is to employ all of the vaccines.”

Dr. David Doukas, chair of humanities and ethics at the Tulane University School of Medicine in New Orleans, downplayed the archdiocese directive, saying most Catholics will realize there’s rarely a choice of picking one vaccine over another — and that they should take what’s available.

Bishop Michael G. Duca, from nearby Baton Rouge, seemed to strike a less strident tone, saying that if “you are only able to receive the vaccine from Johnson & Johnson, you should feel free to do so for your safety and for the common good.”

Doukas, though, agreed that as vaccines become available in greater numbers, providers should be more transparent about which of the shots they’re administering, saying: “Since a lot of things we do in life are faith-based decisions, it would be prudent to at least let people know.”

Gov. Edwards said he’ll work to create a system in which vaccine seekers will be told if their appointment will be for Johnson & Johnson, Moderna or Pfizer.

“We are going to make sure that individuals, at the time they schedule their appointment, know which type of vaccine is going to be administered at that appointment,” he said.