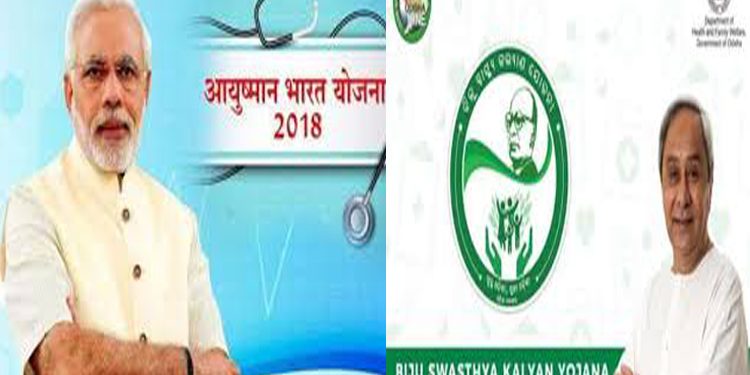 Bhubaneswar: In the battle over ‘Naveen Care’ versus ‘Modi Care’, Odisha seems to have emerged the ultimate loser in the vital realm of health insurance in the country.

The State has seemingly become a fringe player in the health assurance sector as its share in the gross direct premium paid under various health insurance schemes had been the second-lowest in the country.

Such a shocker has been to the fore in the recently released SBI report on Budget 2021-22. As per the report, with the payment of a total direct gross premium of around Rs 481 crore, including non-government sponsored health insurance schemes, the State’s share constituted only a mere 1 per cent of the gross direct premium paid across states in the country. 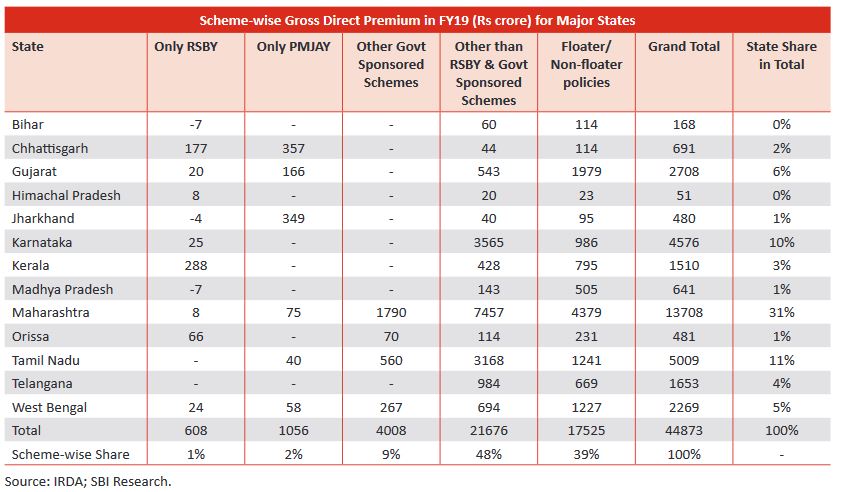 According to the report, the rise in health insurance premium in the country was attributed to the rising popularity of the Ayushman Bharat – Pradhan Mantri Jan Arogya Yojana (AB-PMJAY).

As per the SBI report, under the AB-PMJAY scheme, a total of around 12.59 crore e-cards have been issued across the country, except in states like Odisha, West Bengal, Delhi and Telangana.

Moreover, the report shows against the issuance of over 12 crore e-cards, the total hospital admissions have been estimated at 90.5 lakh.

Not only had the SBI report, but the Economic Survey 2021 tabled in the Parliament revealed that the proportion of households with any usual member covered under health insurance or financing scheme increased by 54 per cent from NFHS 4 to NFHS 5 in the states that adopted PM-JAY. (See the image below) 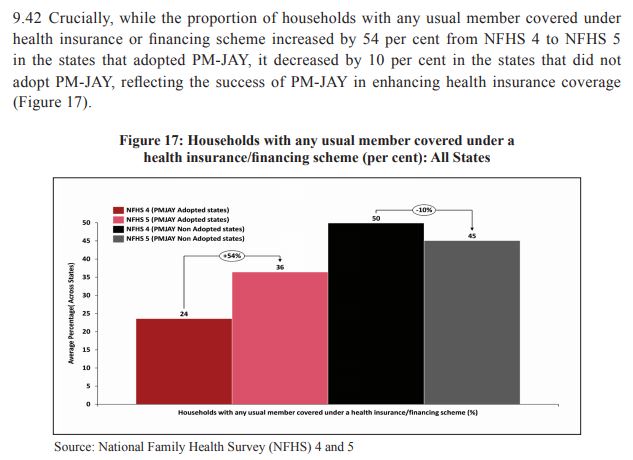 In contrast, the proportion decreased by 10 per cent in the states that did not adopt PM-JAY.

As per highly placed sources in a big empanelled private hospital under BSKY, the scheme of Odisha government has not formulated practical packages and procedures for diseases that need special treatment like cardiology, medical oncology, surgical oncology, orthopaedics, etc.

In contrast, AB-PMJAY has very meticulous details about the speciality packages and procedures.

Moreover, the scheme here is mired in corruption. As per the scheme, private hospitals can provide treatment under BSKY, provided the case was referred to by a government hospital.

“Patients coming for treatment complain us that government doctors’ demand bribe for referring the case,” revealed the source.

The grievance system is in limbo here. The system lacks both the wherewithal and political will to take action against errant doctors and hospitals, the source informed and further added that as amounts totalling to crores remain pending for over 5-months, private hospitals refuse to provide services under the BSKY scheme in Odisha.

Owing to the scheme in disarray, the SBI report has detailed how Odisha under the State government’s health insurance scheme had paid a gross direct premium of mere Rs 70 crore in the financial year of 2019 stood at mere Rs 70 crore.

In contrast, in neighbouring Chhattisgarh, the gross direct premium paid under AB-PMJAY stood at a whopping Rs 357 crore for the same period.

If the SBI report is to be relied upon, in the fiscal year 2019, Odisha had paid a gross direct premium of Rs 66 crore under RSBY (Rashtriya Swasthya Bima Yojana) and Rs 70 crore under the State government-sponsored health insurance schemes.

The SBI report has very clearly mentioned that the PMJAY scheme is becoming popular in Odisha’s neighbouring states like Chhattisgarh and Jharkhand.

The big takeaway here is both the neighbours have higher tribal population like Odisha. And the PMJAY is proving a beneficial health insurance scheme for the tribal populace there.

The State Health minister Naba Kishore Das and State Health Secretary Pradipta Mohapatra couldn’t be contacted over the phone for their comments. Other senior officials in the State Health department declined to comment on the issue.

“I haven’t seen the report, so I cannot comment on it,” said a high-ranking official.

He, however, explained that since BSKY is a health assurance scheme, no premium is paid. As per the scheme, a patient availing the scheme will get free treatment up to Rs 5 lakh (males) and Rs 10 lakh (females), he added.

However, there is no data in the public domain today that shows how many hospital admissions have been taken under the scheme, even though Odisha government with much fanfare had launched the BSKY in the pre-election year 2018 promising to cater 70 lakh households or over 3.5 crore people.

It’s a matter of debate that in the last budget, the Odisha government had allocated a whopping Rs 1,108 crore for this flagship health insurance scheme.

OUT OF POCKET HEALTH EXPENDITURE IN ODISHA 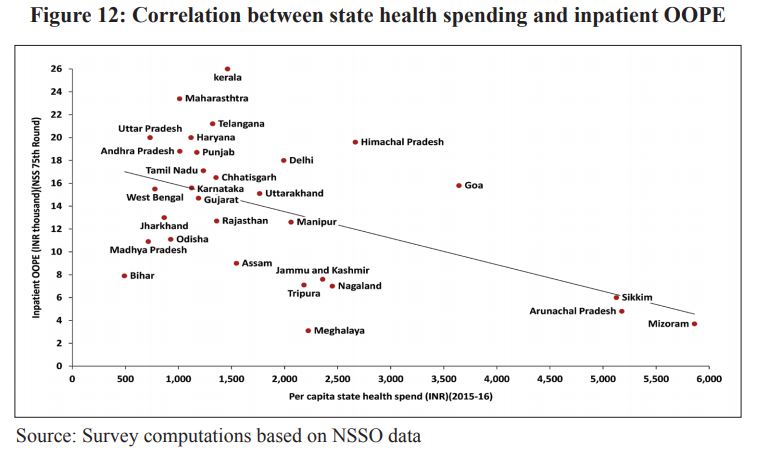 The SBI report is also evident in this trend in the State. As per the report, the gross direct premium paid under health insurance in the State by individuals and family or group insurance schemes stood higher at Rs 345 crore as against State-sponsored premium amount of Rs 136 crore.