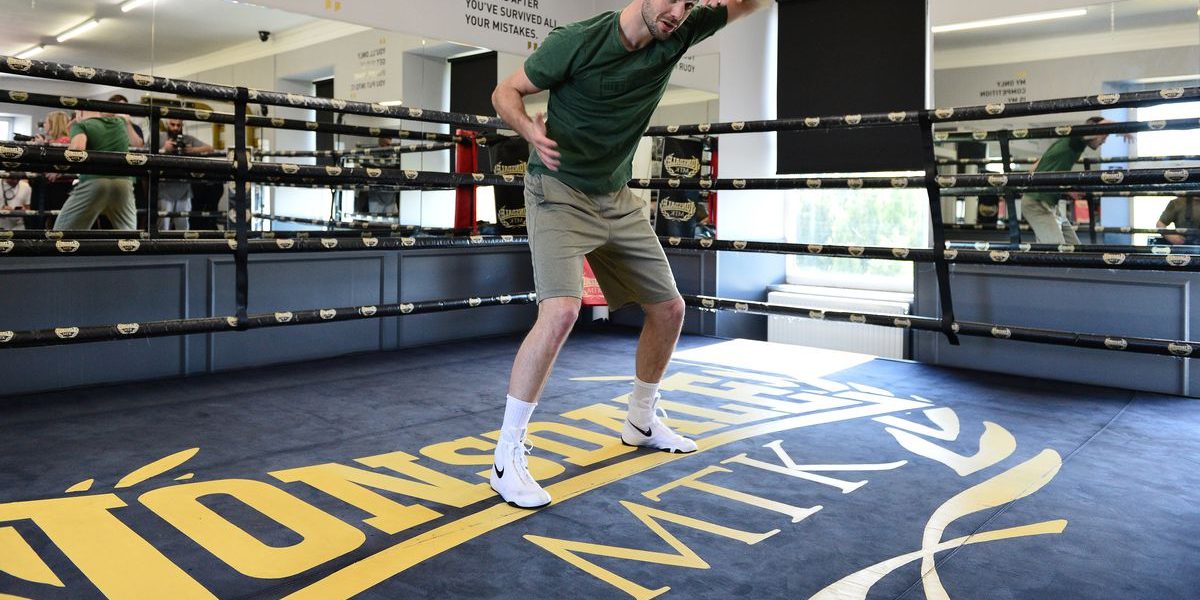 The Guardian reports that MTK Global, one of the world most powerful combat sports companies in the world, is branching out into the world of professional soccer. This news comes on the heels of the BBC accusing MTK of being affiliated with Daniel Kinahan, the suspected leader of the Kinahan Organised Crime Group.

MTK’s soccer arm will be lead by Danny Vincent, who the Guardian quoted as saying. “MTK are the biggest and best in the world when it comes to day-to-day management of elite fighters. Myself and my team believe our passion and knowledge will help replicate that into the world of football.”

MTK’s chief strategy officer Paul Gibson added, “There has always been an affinity between boxing and football. We see plenty of our fighters enter the ring sporting the colours of their city’s team and footballers regularly take in our events from ringside.

“That’s why we’re so excited by this new venture and the opportunity to explore some of the synergies which undoubtedly exist.”

Irish courts, politicians and media all claim that Kinahan is the leader of a $1 billion dollar drug trafficking network that operates primarily in Ireland, but also has reach across mainland Europe, South America, North Africa and Oceania.

Since 2015 the ‘Kinahan Cartel’ has been at war with the Hutch Gang. The feud between these outfits has lead to at least 18 people being killed. The feud began when Gary Hutch, nephew of alleged Hutch Gang leader Gerry Hutch, was killed by suspected Kinahan members in Spain.

Since that first killing, a number of Gerry Hutch’s family members have been killed including his brother Eddie Hutch Sr. Gerry Hutch is thought to have survived an assassination attempt in Lanzarote in 2015 after gunmen stormed a pub moments after Hutch had left the premises.

After that attempt, authorities believe the Hutch Gang responded with The Regency Hotel Shooting in February 2016. That attack, which saw gunmen storm an MGM boxing weigh-in show, was believed to be an attempt to assassinate Daniel Kinahan. Kinahan survived the attack and is thought to have moved to Dubai shortly after.

Around this time MGM re-branded to MTK and then started claiming that Kinahan was no longer involved with the company. However, many fighters on MTK’s roster continued to claim they were benefiting from Kinahan’s role as their ‘advisor’.

From Dubai Kinahan has attempted to increase his profile in the world of combat sports. Last year he signed on as a special advisor with Bahrain’s KHK Sports. KHK, which is owned by Bahrain’s Royal Family, operates the MMA promotion BRAVE CF. After Kinahan joined KHK, KHK announced a partnership with MTK.

After that happened both companies went into overdrive to promote Kinahan as a leading figure in the Middle Eastern boxing scene.

Kinahan received his most attention to date when Tyson Fury publicly thanked him last year for negotiating his deal to fight Anthony Joshua. It was then revealed that Kinahan had negotiated many of Fury’s recent fights.

That revelation lead to a public backlash against Kinahan and MTK. Ireland’s head-of-state called for Fury fights to be boycotted and said that Ireland would speak to the United Arab Emirates about Kinahan and the crimes he is accused of in Ireland.

After this KHK ended their relationship with Kinahan. Fury, and his US promoter Bob Arum, also said he would no longer work with Kinahan. MTK’s new CEO Bob Yalen then claimed Kinahan would be stepping away from the sport of boxing.

However, this month—in a rare public statement—Kinahan claimed he would continue to work with fighters. That statement was made in response to the BBC’s ‘Boxing and the Mob’ exposé and news that one of the show’s producers had to be moved to a safe location after a serious threat was made against his life.