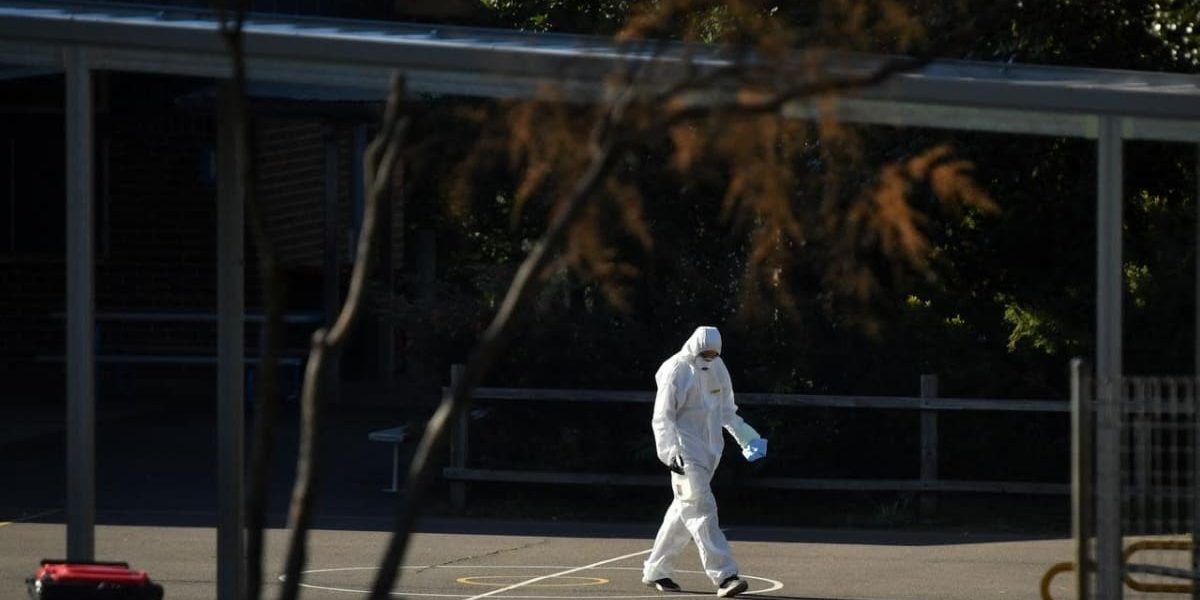 National cabinet has agreed to set second dose thresholds of 70 and 80 per cent to significantly reduce the prospect of lockdowns.

More than 1.7 million doses were administered in the past week with a record 310,524 jabs delivered nationwide on Friday.

Australia has fully vaccinated 29.6 per cent of people over 16, while 51.8 per cent have received a first dose.

NSW meanwhile recorded 825 locally-acquired cases on Saturday, the highest ever daily increase of any state during the pandemic, along with three deaths.

When asked how anyone living under lockdown could have any hope, seeing those figures, Premier Gladys Berejikilian said people should focus on vaccination numbers.

NSW has now administered a first dose to 57.56 per cent of eligible people and a second dose to 30.81 per cent.

“While case numbers are going up, the more important figure going up is the vaccination rate,” the premier told reporters.

“The vaccination rate is where we can look forward to living life freely.”

The outbreak in Victoria is also spiralling with 61 new cases recorded on Saturday and the state’s regional areas joining Greater Melbourne in lockdown from 1pm.

Almost 50.43 per cent of eligible Victorians have now had one dose and 29.37 per cent have had two doses of vaccine.

“Our long-term strategy to be open, to be growing, to be employing, to be in a very different world, is for 80 per cent of people to be through that vaccination program,” Premier Daniel Andrews said.

“You can act on that right now, right now.”

The ACT recorded eight new locally-acquired cases on Saturday with the outbreak in the territory hitting 102 cases.

Chief Minister Andrew Barr said with vaccination clinics booked out until October, a new mass vaccination hub will open at the Australian Institute of Sport.

Queensland recorded no new locally-acquired virus cases but the government remains restless over the NSW outbreak. Only exempt essential workers who’ve had at least one dose of a vaccine are allowed to cross the border.

Chief Health Officer Jeannette Young urged people to get the jab with 45.88 per cent of eligible people having had one dose and 27.4 per cent having two.

She said once the 80 per cent target is hit, her state would “probably” reopen to NSW and the rest of Australia regardless of any outbreaks.

She said at that point the state will no longer pursue COVID-19 eradication either.

“Once we open up we won’t have zero cases, of course we won’t, we’ll have a disease that we can manage,” Dr Young said.

“It is equivalent to 215 per minute, It is an extraordinary rate of achievement being built.”

Mr Robert said the Commonwealth was sharing individual’s vaccination data with states and territories but he didn’t indicate there was any federal plan for a vaccine pass system.

“Whether that vaccination certification data is used will depend of course on state and territory public health orders and that’s a matter for those states and territories,” he added.

Labor’s health spokesman Mark Butler said when the 70 per cent target is hit there should be a “reasonable debate” about vaccine passes.

He said Qantas and some arts festivals have already flagged that proof of vaccination will be required for staff and patrons, respectively.

“So there does need to be that debate in Australia as there has been in countries overseas,” he said.

“But we still only have about 20 per cent of the Australian population fully vaccinated.”

Anti-lockdown protesters clashed with police in Melbourne on Saturday while hundreds also gathered in Brisbane’s Botannical Gardens to make themselves heard.

More than 1500 officers thwarted efforts to hold an unauthorised demonstration in central Sydney.