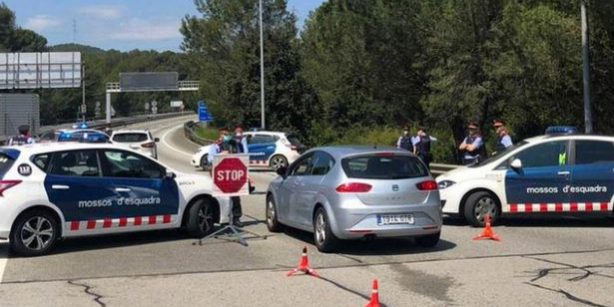 A man drove his dead partner’s decomposing body around Europe to fulfil one of his bucket list wishes, according to reports.

Officers discovered the 66-year-old driver’s 88-year-old partner’s decomposing body under a blanket in the passenger seat of their Citroen C-3 after it crashed near the Catalan village of Jafre in Spain following a high-speed chase.

The dead man, a Swiss national named locally as Hans Rols Taubenberger, is thought to have died around three weeks before the discovery.

The unnamed Spaniard was arrested after the find and reportedly told police his terminally-ill partner died in Switzerland.

He said he was fulfilling his last wish which had been to make a road trip around Europe.

Detectives are now investigating where he used his bank cards to try to build up a full picture of where he drove and how many borders he crossed during his bizarre trip.

It is thought to have included part of Italy as well as the area of Spain around Madrid.

It was not immediately clear whether the dead man had lost his life before the start of the journey or during the trip.

Police say there is nothing at this stage pointing to Hans’ death being suspicious. The results of the post-mortem have not yet been released.

The arrest was made around midday on Thursday after the Citroen driver, who was born in Galicia, avoided a French police border checkpoint by U-turning and drove the wrong way down the AP-7 motorway.

Spanish officers pursued the car for nearly 20 miles in the Alt Emporda region.

According to local reports the driver claimed he had tried to avoid French police because he was not carrying proof of a negative coronavirus test, before an officer pulled back the blanket to discover the body.

A spokesman for the regional Mossos d’Esquadra police confirmed: “A man who drove around 20 miles the wrong way along the AP-7 motorway in Alt Emporda has been arrested.

“After stopping the vehicle a body was found inside, in the passenger seat next to the driver, which doesn’t appear to present signs of any criminality.

“An investigation is ongoing.”

A police source added: “The passenger appeared to have been dead for several days at least, if not weeks, although the exact date is something the post-mortem will need to determine.

“The smell coming from the vehicle was an obvious giveaway.

“It was a miracle no-one was killed when the arrested man drove for so many miles down the AP-7 motorway.

“It was a very reckless thing to do.”

The arrested driver is being held at a police station in La Bisbal d’Emporda ahead of a court appearance in the Catalan town on Saturday.

The suspect is expected to be charged with reckless driving.

Although further charges have not been ruled out, travelling with a corpse in a car is not classified as a crime under Spanish law if death is the result of natural causes.