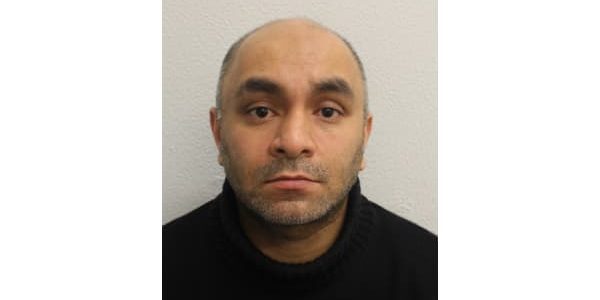 A man has been convicted of the rape of a woman in east London in 1997.

He has been remanded for sentencing, which is due to take place at the same court on Thursday, 13 May.

The court heard that the victim, a woman then aged in her early 30s, was making her way home at around 19:30hrs after a night out with colleagues in Canary Wharf on 17 October 1997.

The DLR train she was on terminated early at Shadwell instead of Bank and so she left the station in search of a taxi.

She was approached by two males acting as good samaritans, who informed her that they knew of a cab office where she could get a taxi home.

Instead, they led her to the King Edward Memorial Park in Wapping, where she was raped by both males.

An investigation was launched by detectives but despite extensive efforts, officers were not able to identify any suspects.

However, the case was re-opened in 2007 when new forensic leads led to the arrest and conviction of one of the men, who was sentenced to nine years imprisonment in 2008.

In 2017, further forensic and investigative opportunities were established and Hussain was identified as the accomplice.

He was interviewed under caution and later charged with rape.

Detective Constable Mark Crane, Specialist Crime, said: “Twenty three years have passed since this wicked and cowardly attack was carried out by two males who were both aged just 17 at the time. They took advantage of the victim’s trust and subjected her to a horrific assault as she tried to make her way home after enjoying a night out with her colleagues.

“Though one man was convicted and jailed, the victim had to live her life knowing an outstanding suspect was still out there. At times it must have felt like justice would never be fully achieved.

“I am glad that a jury has seen through Hussain’s lies in court that it could not have been him. I hope now he will receive a substantial sentence, and the victim can achieve some peace of mind knowing both her attackers have been caught.

“Lastly, I would like anyone who has suffered a historic sexual offence to please take heart from this conviction. We have teams of specialist detectives with valuable skills and experience who will listen to you and investigate. No matter the period of time that has passed, the Metropolitan Police Service will take reports seriously and will endeavour to bring offenders to justice.”

If you have been a victim of abuse or you have information about an offender, contacting police on 101 or 999 in an emergency – there are specially trained officers who will listen and investigate where needed.