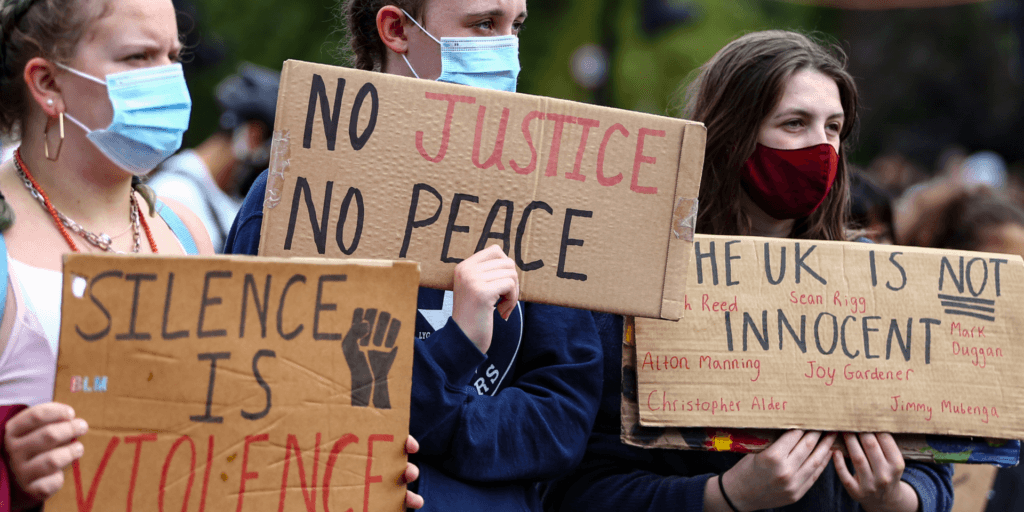 Teachers in Britain who promote far-left Critical Race Theory (CRT) principles to students such as “white privilege” should be reported to the government’s anti-terrorism Prevent programme as “extremists”, a Tory MP reportedly argued.

The Conservative MP for Stoke-on-Trent North, Jonathan Gullis allegedly told the Conservative Friends of Education at the Tory Party conference in Manchester on Tuesday that teachers promoting leftist principles should be reported to the government’s deradicalisation Prevent programme, which seeks to stop young people from falling prey to terrorist and other extreme ideologies.

“The term white privilege… is an extremist term, it should be reported to Prevent because it is an extremist ideology,” Gullis reportedly said in an audio recording obtained by the left-wing tabloid, The Mirror.

Mr Gullis, who served as a teacher prior to entering politics, continued: “It’s racist to actually suggest everyone who’s white somehow is riddled with privilege. So I hope that will be reported, I hope that will be looked into, and any teacher who’s perpetuated in the classroom ultimately should face a disciplinary hearing at the very least.”

The proliferation of leftist concepts in schools such as “white privilege” and “toxic masculinity” has served to further disadvantage white working-class boys in Britain, according to Professor Matthew Goodwin, of the University of Kent.

Prof Goodwin told the House of Commons Education Select Committee in October of last year, that white boys face a “status deficit” in the classroom, with “historical grievances” and other issues facing minority groups being put at the fore.

A report submitted to the same committee found that white working-class students have been the most systematically disadvantaged in the UK’s education system, with the emphasis being placed on helping children of ethnic minority backgrounds, regardless of their class in society.

White Males are the Only Demographic in Britain Experiencing Declining University Admissions https://t.co/XfX3BcnZdF

The Conservative MP continued to argue that the government needs to take a more proactive approach and start “sacking” teachers who openly support the Labour Party in schools.

“I don’t push Conservatism in the classroom, it wasn’t an appropriate thing to do,” the former teacher said.

“For some reason, if a Labour Party member wants to stand up in front of the classroom and say how bad and evil the Tories are, then the headteacher has to take some sort of sympathetic viewpoint to that,” Mr Gullis said.

“These comments betray a wider desire in the Tory party to drive a wedge between working-class communities, crackdown on free speech in education, and impose right-wing values on teachers.”

Some have argued that the push by leftist educators to promote Critical Race Theory is a breach of political neutrality laws and potentially violates the 1996 Education Act, which states in section 407 that schools must provide “a balanced presentation of opposing [political] views.”

Rather than taking this advice, or indeed heeding the warnings about the plight facing working-class white students, the National Education Union (NEU) has decided to double down on their woke march, calling in April for toddlers to be taught of the supposed evils of “white privilege” in order to develop “anti-racist views” within the minds of children.

The NEU has also said that in light of the Black Lives Matter movement, there is an “urgent” need to provide activist training for teachers in order to train them and schools on issues such as “whiteness, anti-racism, creating tools for critical self-reflection and understanding the system”.