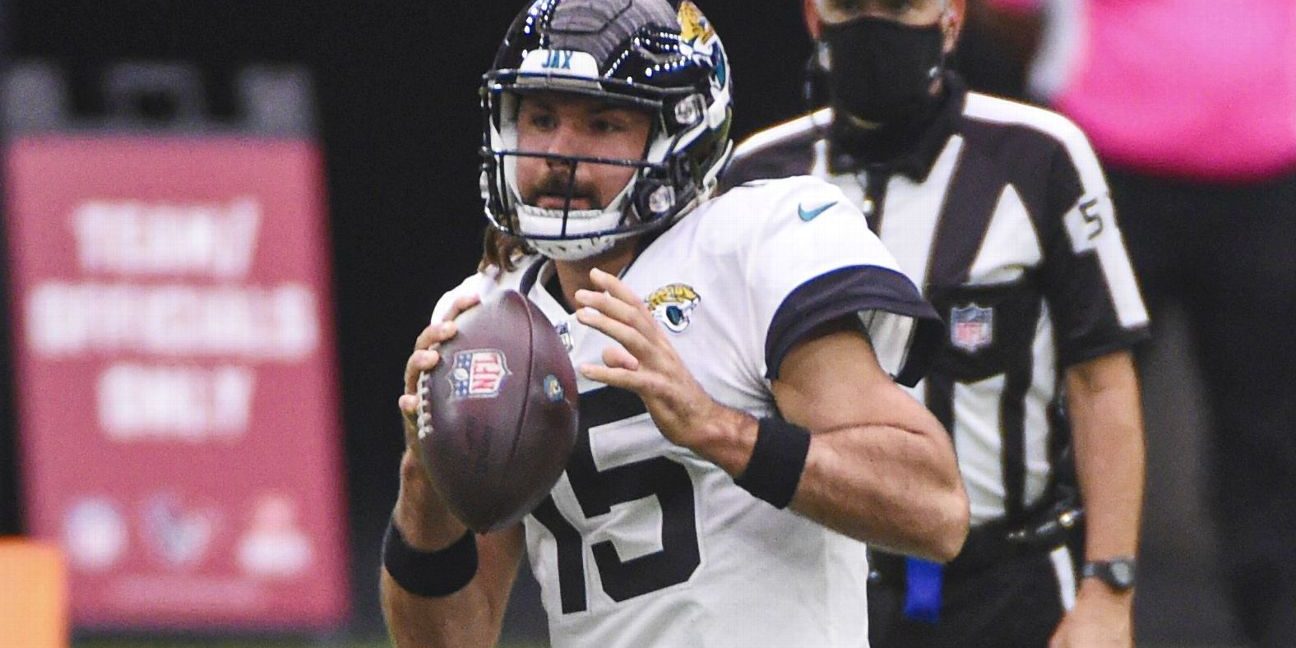 The Jacksonville Jaguars have traded quarterback Gardner Minshew II to the Philadelphia Eagles for a conditional 2022 sixth-round pick, it was announced Saturday.

The sixth-round pick could rise to a fifth-rounder if Minshew is involved in 50% of the plays in three games this season, sources told ESPN’s Adam Schefter.

The move comes after Jaguars coach Urban Meyer announced Wednesday that top overall pick Trevor Lawrence had won the starting job and will be under center for the Sept. 12 season opener in Houston against the Texans.

Minshew, who had been alternating practice days with the first-team offense with Lawrence throughout training camp, completed 17 of 29 passes for 196 yards with two interceptions (one in the end zone) in two preseason games.

C.J. Beathard is now in the top backup spot behind Lawrence. Beathard has completed 22 of 30 passes for 223 yards and three touchdowns in the two games.

Minshew joins an Eagles QB room that includes Jalen Hurts and veteran Joe Flacco. The Eagles released Nick Mullens after the trade was announced. Minshew is expected to be third on the depth chart initially behind Hurts and Flacco.

The Eagles view the acquisition of Minshew as a low-risk move. The compensation is equivalent to what they would spend on a developmental quarterback in the draft. Instead, they get a QB with 20 NFL starts who can play in a pinch if called upon — a higher priority amid the coronavirus pandemic when players who test positive or are a close contact can be sidelined with little notice. Minshew is also relatively inexpensive with two years remaining on his rookie contract and a salary of $850,000 this season.

Minshew replaced an injured Nick Foles as a rookie in 2019 and was brought back as the starter by the Jags later that season after Foles struggled. That earned him the starting job in 2020, and he started the first seven games of the season before a thumb injury — one he hid from the coaching staff at first — put him on the bench.

Minshew got back on the field for two games in December but finished the season on the bench. After a 1-15 record, the Jaguars hired Meyer and drafted Lawrence, the fan-anointed savior of the franchise.

Information from ESPN’s Mike DiRocco and Tim McManus was used in this report.