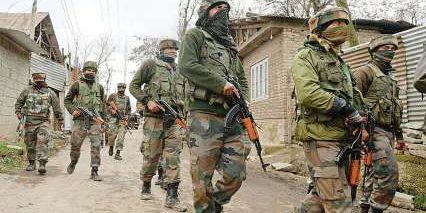 Ansar-ul-gazwatul-hind’s chief Imtiyaz Shah’s encounter is a big feat as he was tasked to target the annual Amarnath Yatra in Tral area this year. Security forces on Friday conducted twin encounters in South Kashmir which resulted in the killing of seven terrorists. Both operations have been termed a success.

The forces claimed that killing of Ansar-ul-gazwatul-hind (AGH) chief Imtiyaz Shah is a big set back for the terrorists and currently, there is only one active terrorist of AGH in Kashmir.

Shah’s encounter is a big feat as he was tasked to target the annual Amarnath Yatra in Tral area this year. Along with Shah, his associate was also killed in the encounter.

While briefing the press about the twin operations IGP Kashmir, Vijay Kumar said, “one encounter was at Jan Mohalla, Shopian and another at Nowbugh, Tral in Pulwama. We have succeeded in killing seven terrorists including AGH chief Imtiyaz Shah, who was active since April 2019.”

“In the ensuing gunfight, five militants were killed—two from Hizbul Muajhideen, one from LeT and two from AGH. All were categorized militants,” the IGP said.

Security forces have recovered seven AK-47 riffles and two pistols from killed terrorists. The terrorists were identified by police as Muzamil Tantry, Adil Lone, Younis Khanday, all three joined in 2019. Basit Bhat, who had joined last year. While fifth terrorists identity is being ascertained.

General officer Commanding (GoC) of Srinagar based 15 Corps Lieutenant General D P Pandey, who was also present at the briefing said that the army is working on two-pronged strategies in Kashmir, to prevent the local militant recruitment and to curb terror associates.

“Anyone who takes arms against country will be killed but locals will be definitely given chance to surrender,” he said.