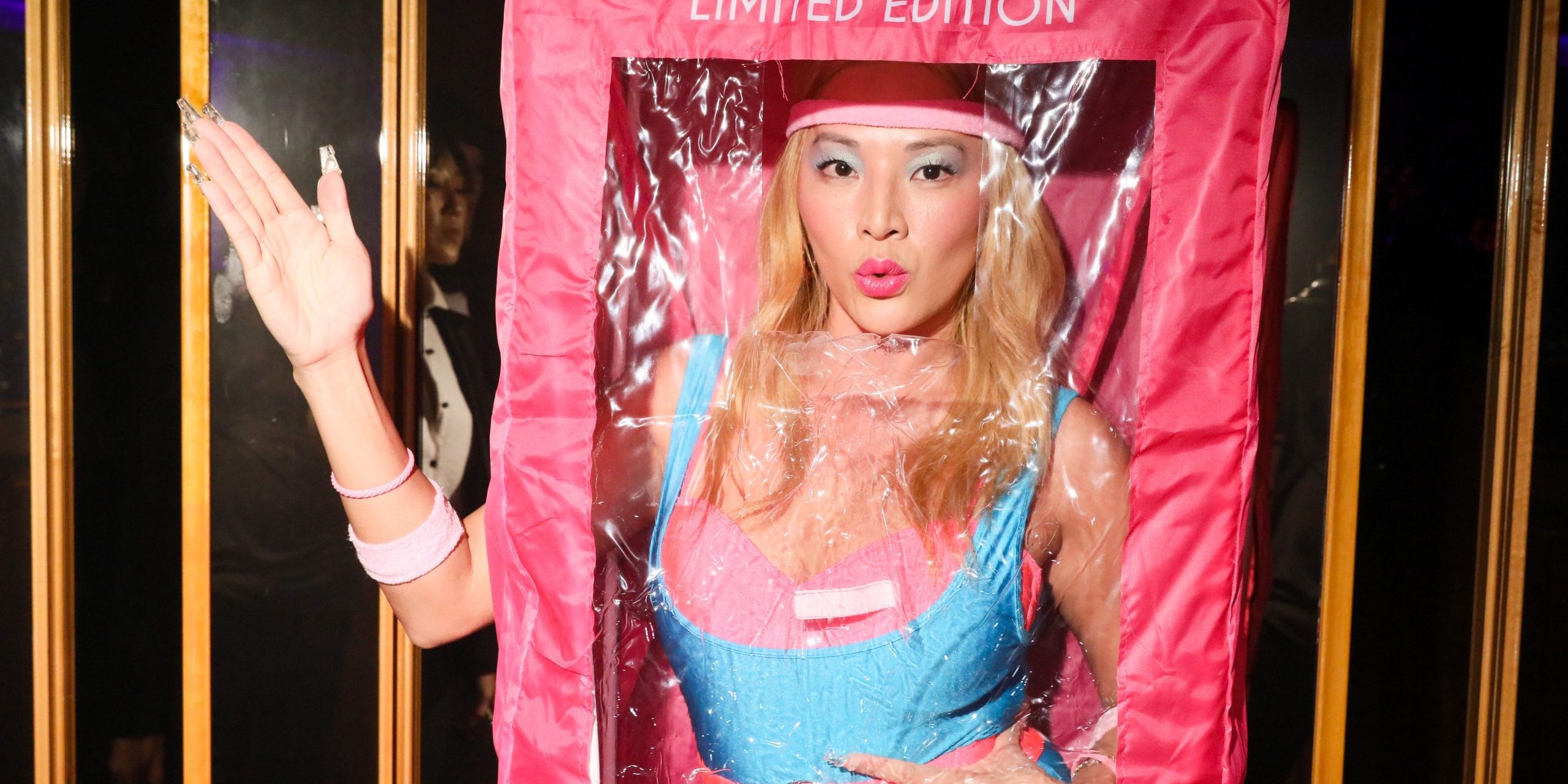 There is a certain coterie of New Yorkers known to frequent The Standard Hotel’s nightlife boîtes, Le Bain and The Top of The Standard or, as most refer to it, The Boom Boom Room. They are the sort of revelers who aren’t afraid to don a pair of sky-high heels or floor-length wigs or any number of prosthetics on any given night, but on Saturday, the tribe was out in full force, all in the name of Halloween.

There was no shortage of booming bass as the annual festivities kicked off with a DJ set by Mazurbate. “This soundtrack is a dedication to New York City, and the dying essence of glamour,” he told Vogue. “This is what I imagine a modern Studio 54 would sound like.” Nearby, a bevy of crooners danced atop sofas and tables, including Anitta, dressed in a slinky sequined pink panther bodysuit, and Lorde, who concealed her identity under a clown mask.

Several strikingly original costumes turned heads—from a towering New York City cockroach to a Barbie inside her packaging to a plastic surgery patient in recovery. A slew of Met Gala mimics could be found among the fashion set, too, including the Standard Hotel’s Corey Tuttle, who donned his skivvies and a lace mini dress in an homage to Marc Jacobs’s 2012 Met Gala look. Around 2:00 am, Tuttle took to the DJ booth to introduce not one but two surprise performances by CeCe Peniston and Robin S. The set was capped off with the hit tune “Show Me Love,” and the ’90s superstars implored the dance floor to continue on, and so it did. Celebrations came to a close around 5:00 am, but no one could be really sure.