India to hold Global Buddhist Conference in November; PM Modi to give award on Buddhist studies 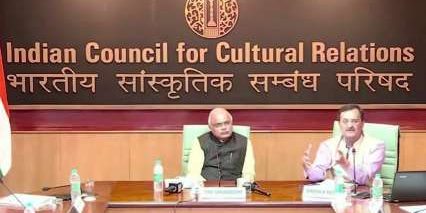 India will be holding the first-ever global Buddhist conference in November, which will become an annual feature. The event is being planned by Indian Council for cultural relations or ICCR from November 19 to 20 in Nalanda, Bihar, the campus of the Nava Nalanda Mahavihara.

Dinesh K Patnaik, DG, ICCR explained, “This is an academic conference. Whole Idea is how do you make India center of Buddhism, what do you do. It is not about tourism, it is about making center for Buddhist activities, like academic, cultural, seminars, people traveling for festival–Buddha Purnima, Vesak…we are going to have manuscript depository.”

ICCR has also announced an award for the promotion of Buddhist studies which will be given on November 21 in Delhi by Prime minister Narendra Modi. The award carries a cash reward of $20,000, a plague and a Glod plated medallion. The award is part of a comprehensive action plan for activities related to Buddhism. India has been giving awards for the promotion of Sanskrit and Indology.

Buddhism’s India link is well known and much-celebrated one. Buddha, the founder of the religion which has millions of followers across the globe, obtained his enlightenment in Bodh Gaya, gave his first sermon in Sarnath, and died in Kushinagar, all the places which are in India. India has been the home to the highest aces of learning of Buddhist studies including Nalanda, Vikramshila universities and the country gets many pilgrims across the globe every year.