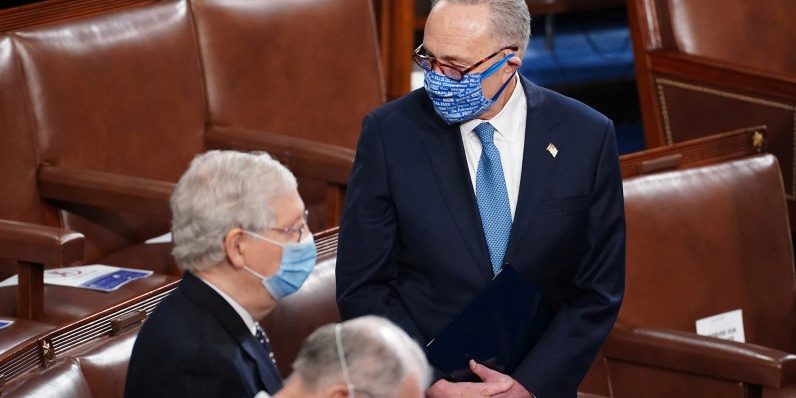 The Senate has reached a deal to allow a statement by Representative Jaime Herrera Beutler (R., Wash.) into the record of former President Donald Trump’s impeachment trial, skipping witness testimony.

The agreement comes after the Senate voted 55–45 to allow witnesses to be called in Trump’s trial in which he is accused of “incitement of an insurrection” for his alleged role in encouraging his supporters to storm the U.S. Capitol on January 6.

The trial is now expected to end in a vote on Saturday.

Representative Jamie Raskin (D., Md.), the lead House impeachment manager, said this morning he wanted to subpoena Herrera Beutler (R., Wash.) after she said in a statement Friday night that House minority leader Kevin McCarthy (R., Calif.) told her that Trump had sided with the mob during a phone call the two had while the January 6 attack on the Capitol was underway.

Herrera Beutler, one of ten House Republicans to vote to impeach Trump last month, confirmed reports that McCarthy had reached Trump by phone on January 6.

The Washington Republican said McCarthy told her that when he spoke to Trump that day and asked him to “publicly and forcefully” call off the Capitol assault, “the president initially repeated the falsehood that it was antifa that had breached the Capitol.”

“McCarthy refuted that and told the president that these were Trump supporters,” Herrera Beutler’s statement said. “That’s when, according to McCarthy, the president said: ‘Well, Kevin, I guess these people are more upset about the election than you are.’”

Send a tip to the news team at NR.