Hunter Montgomery: 5 Things About ‘The Bachelorette’ Contestant Making Waves With The Other Guys 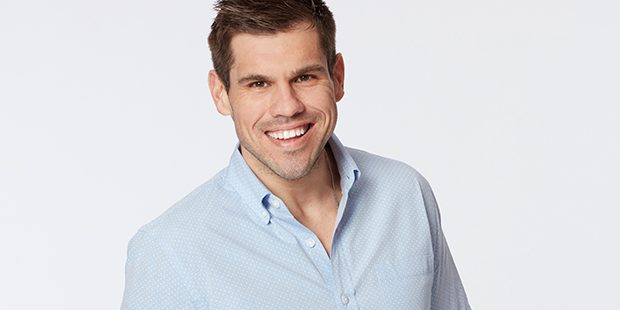 After getting last week’s group date rose, Hunter Montgomery is more confident than ever on ‘The Bachelorette’ — and it’s starting to get to some of the other men.

After Thomas Jacobs’ elimination on season 17 of The Bachelorette, a new “villain” has emerged. On the July 5 episode, Hunter Montgomery’s cocky attitude began making some waves with the other men in the house. Hunter got Katie Thurston’s group date rose during the July 5 episode, but still made sure to nab some one-on-one time with her at the cocktail party, which rubbed other guys, who didn’t have roses yet, the wrong way.

The drama will continue during the show’s July 12 episode, with previews showing Hunter continuing to display his confident attitude. With only 12 guys left, things are winding down for Katie in a big way, and the pressure is on for everyone. Ahead of the episode, here’s more to know about controversial contestant Hunter:

1. Hunter Is A Father

Hunter is a father of two children, a daughter named Madison and a son named Bennett. On The Bachelorette, he’s opened up to Katie about being a father, and he even proudly showed her photos of his little ones. However, the faces were purposely blurred out to keep the kids’ identities private, and Hunter’s Instagram page does not have many photos of the kids either.

Throughout this season of The Bachelorette, Hunter has received a lot of criticism online, including haters pointing out how often he cleared his throat while being filmed. It turns out that this was a result of Hunter’s Tourette’s Syndrome. Katie actually made sure to defend Hunter on Twitter amidst the hate. “Remember you only get to see a portion of who these men are,” she wrote. “For example, you probably didn’t know that Hunter has Tourette’s. So I encourage everyone to think twice before commenting negative things about these men.”

Hunter also addressed the situation on his own Twitter. “Just to be clear,” he tweeted. “The snorting and sniffling is due to minor Tourette’s, which I’ve had my entire life. Thx.”

3. Hunter Is A Recovering Addict

In early July, Hunter revealed on Instagram that he lives as a recovering addict and has been sober for 14 years. “In March, I celebrated 14 years of sobriety from a fatal drug addiction to opiates,” he explained. “I was as hopeless and tortured as they come. I am blessed to have had an incredible program, a stellar support system and one damn good higher power that allowed me to be pulled from the black hole that is addiction and go on to live an incredible life.

Hunter is very open about his journey with addiction and recovery, and volunteers as a Cabinet & Board Member for the Alcohol & Drug Abuse Council for the Concho Valley. He helps others with recovery coaching, interventions and more recovery services, according to his LinkedIn.

Hunter is a Software Strategist in Houston, Texas. His LinkedIn page reveals that he’s worked a number of jobs over several years in the industry. His current position is as an ERP Deployment Strategist at Workday, where he’s been since Dec. 2019. He previously worked for Identity Automation, Oracle, ABIS, and more. Hunter graduated from the University of Texas at Austin in 2010 with a major in Finance and a minor in Psychology.

“I am a customer-centric business professional with over 12 years of experience making organizations and teams successful in every aspect,” Hunter wrote on LinkedIn. “My passion is helping companies revolutionize, automate and grow through technology and best practice solutions.”

5. What Is Hunter Looking For In A Partner?

“Hunter has always been a romantic and says that even as a child, he was known for writing incredible love letters and always being the guy to surprise his crushes with mixtapes or flowers,” Hunter’s ABC bio reads. “He is looking for a woman to be his other half — someone who is compassionate, witty, great at communicating, and, above all, someone who could love his kids as much as he does.”