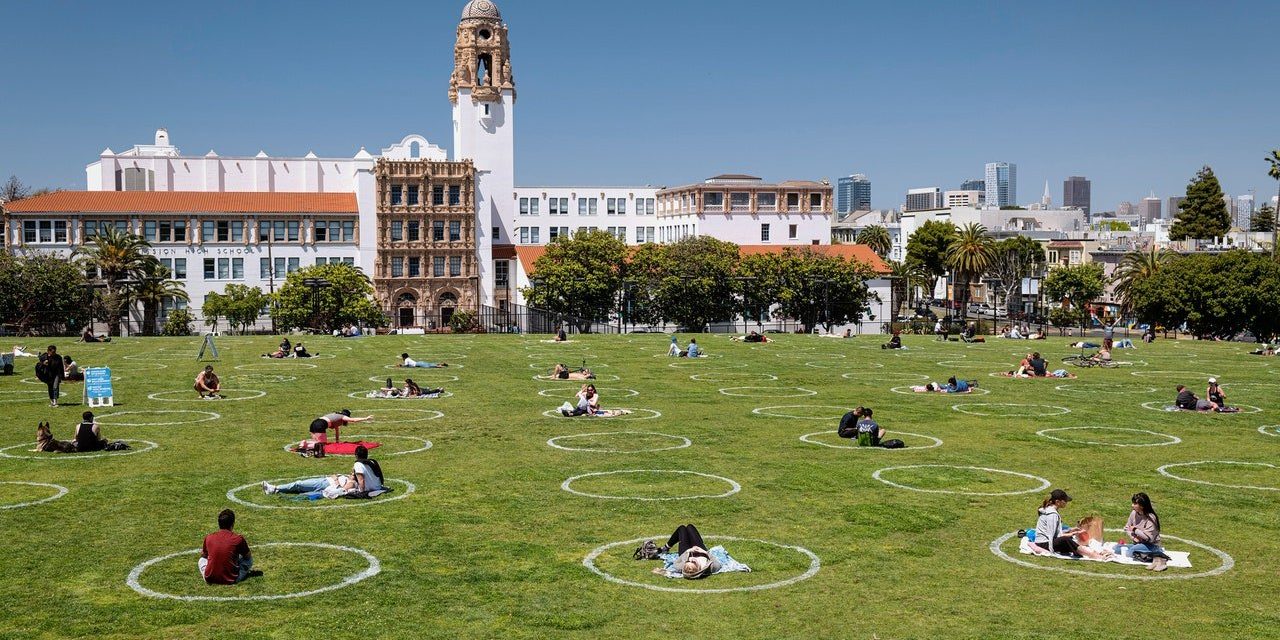 When coronavirus lockdowns began in the US in March, most Americans learned how to live in a radical new reality governed by three rigid rules: stay home, limit contact with anyone outside your home, and only go to public places when absolutely necessary.

The virus is just as contagious now as it was when case rates peaked in many states last month. And people remain just as susceptible to infection, and all the weird, scary, and sometimes deadly symptoms of Covid-19 that can come with it. There’s still no vaccine or blockbuster treatment. What is changing, as states begin to ease stay-at-home orders, is that people are starting to have choices.

These are the kinds of questions Erin Bromage set out to answer in writing a blog post earlier this month, entitled “The Risks—Know Them—Avoid Them.” An immunologist at the University of Massachusetts Dartmouth, Bromage had been following the coronavirus outbreak since December and posting daily updates about it to his Facebook page. One of his wife’s friends started printing them out every day for her boss, a federal judge in Rhode Island whose position prohibits him from being on social media. Eventually, she got sick of it and asked Bromage to start a blog. So he did. He called it Erin Bromage: Covid-19 Musings, and updated it with his daily thoughts on the latest statistics and study results.

For months, most posts got read a few dozen or hundreds of times. But Bromage’s explainer on risks and how to weigh them went completely viral. By the end of the first week, it had garnered 13 million views. Now it’s millions past that and has been translated into eight languages, including German, Italian, and Spanish.

WIRED spoke with Bromage to talk about how his advice shot around the world and what you can take away from it to navigate life during a pandemic.

WIRED: Did you ever expect your newly birthed blog to blow up like this?

Erin Bromage: Not at all. The response has been absolutely staggering.

What do you think it says about the kind of information people are hungry for right now?

I started doing this out of a sense of feeling overwhelmed by the amount of information coming out about this virus, and feeling unable to make rational decisions in the best interest of my family and community. I think almost everyone’s suffering from that quite a lot.

You’ve got so many competing sources of information dribbling out in all these little fragments, but it’s almost impossible to synthesize them all and accurately assess the risks. So I started doing all this reading and deciphering initially just for myself, so I could say “OK, now I have a plan for my family based on the latest science.” But at some point, when it looked like some states were starting to reopen, I thought maybe other people might also be interested in being able to make informed decisions too.

Indeed they are. What studies have been the most informative for you as far as assessing the risks of various places and activities?

It’s not so much been any one individual publication, but rather the conversations that scientists are having on Twitter. There’s an epidemiologist at Boston University named Ellie Murray, who put together a feed of the 60 most prominent scientists and communicators in the field. So you can watch in real time this brilliant collective hive mind go to work on every new paper that comes out. That allows consensus to converge fairly quickly.

But you did take a closer look at a number of known super-spreading events. What was the common thread that emerged from that analysis?

The commonality with all of them—a call center, a restaurant, a sporting event—they all involved lots of people in enclosed spaces for prolonged periods of time. More recently we’re seeing clusters in places like churches, a bus tour in Singapore, nightclubs in South Korea. It’s all the same thing. The longer you’re with lots of other people indoors, the higher the risk. The evidence on this is almost unquestionable by now.

So what’s the epidemiological principle at play behind that observation?

It all comes down to the idea that for an infection to establish itself in your body, you need to get an infectious dose of virus. That’s going to be different for each person based on their genetics and how healthy they are. But on average, the science predicts that exposure to as few as 1,000 SARS-CoV-2 particles is enough to establish an infection.

And as more science has been done to establish the various routes of transmission with this new coronavirus, we know that can happen in different ways. It can come all in one blast—a sneeze, a cough, loud talking, or singing. But you can also get that dose of the pathogen over an extended period of time, just being around people who are breathing or talking normally. So it’s not just one interaction that can lead to an infection, it can be a longer period of exposure that can make you sick. It’s a well-known principle that dose and time are the two most important factors for risk of infection.

I work with agricultural animals, mostly with managing infectious disease in fish farms. And when a pathogen gets into one of the larger operations, it can move through that population incredibly quickly. We’re not talking three months to hit peak infections; we’re talking as little as a week. And literally millions of animals can die over that time span. So a lot of my research is focused on identifying viral and bacterial threats and mitigating the risks of disease spread, either through vaccines or managing the environment of those animals in a way to make it harder for the pathogen to move through the population. But the same basic principles apply to humans and coronavirus.

Are there any rules of thumb you use to determine what sorts of things you and your family will do?

Yeah, it’s really no different than crossing the road. We have rules for that. We know it’s safe if we look and there aren’t any cars. It’s the same with this virus. If you’re in the outdoors and there is good spacing—more than six feet between people—you probably don’t have to be on your guard. Large groups of people not respecting social distance out of doors is riskier, especially if they’re hanging out for long periods of time. The riskiest scenarios involve being indoors with other people who are talking for longer than five minutes. Sustained contact is the important part. That’s where you need to really be cautious.

To go back to Ellie Murray, she built a beautiful graphic with a sliding scale of risk that goes to the heart of what’s important. Getting outside, even with groups, as long as you respect physical distance, is a low-risk activity that you can do. We need to be able to tune our anxieties to where the real risks are.

WIRED is providing free access to stories about public health and how to protect yourself during the coronavirus pandemic. Sign up for our Coronavirus Update newsletter for the latest updates, and subscribe to support our journalism.

More From WIRED on Covid-19