Half of Afghanistan now under Taliban 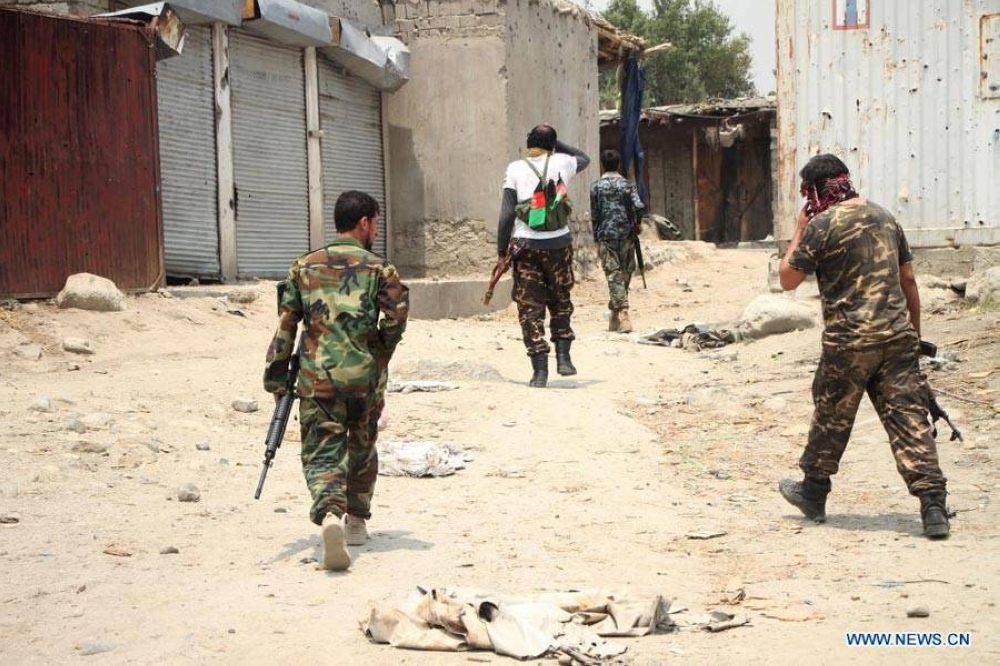 Afghan security force members take part in a military operation against Taliban militants in Alishing district of Laghman province, eastern Afghanistan, on July 12, 2021. Taliban militants have been intensifying activities to capture more districts, as the U.S. troops are completing the pull-out from Afghanistan. In the meantime, Afghan security forces have been conducting counter-offensives to foil the militant group’s efforts. XINHUA PHOTO

Afghan Taliban militants now control about half of the war-torn country’s 419 district centers, a top US general said on Wednesday (Thursday in Manila).

“Strategic momentum appears to be sort of with the Taliban,” Gen. Mark Milley, chairman of the US Joint Chiefs of Staff, told a press conference.

While the militants have yet to capture any of the country’s 34 provincial capitals, they are pressuring about half of them, said Milley. Afghan security forces are consolidating their positions to protect those major urban centers including Kabul, he said.

The Afghan provinces have been the scene of heavy battles between Taliban and the government security forces since the start of withdrawal of the US-led forces from Afghanistan early May.

US President Joe Biden has set a formal end to the US military mission in Afghanistan for August 31, days ahead of his original September 11 deadline. US Central Command said last week over 95 percent of the withdrawal had been completed.