Grace expected to slow but bring heavy rains in Mexico 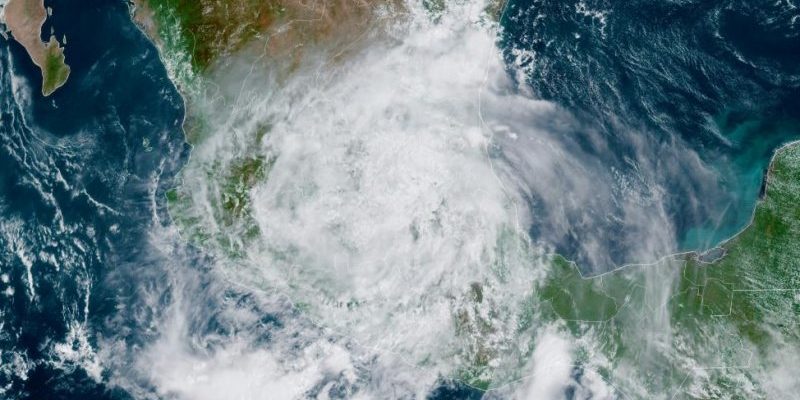 The remnants of Hurricane Grace is slowing down but will bring rain and flooding to parts of Mexico. Photo courtesy of NOAA

Aug. 19 (UPI) — Tropical Storm Grace has continued to weaken rapidly after making its second landfall on Saturday in Mexico but the National Hurricane Center is warning of heavy rains and flash flooding in Veracruz, Puebla and other east-central portions of the country.

In its 1 p.m. CDT update, the National Hurricane Center said the storm had maximum sustained winds of 45 mph and was about 35 miles northwest of Mexico City. Grace is expected to continue moving westward at nearly 13 mph into Sunday and will move over central and west-central Mexico tonight.

A tropical storm warning is in effect for the mainland of Mexico from Puerto Veracruz to Barra del Tordo.

“Continued rapid weakening is expected while the system moves over the mountains of central and west-central Mexico today and tonight, and Grace is forecast to weaken to a tropical depression later today and dissipate by early Sunday,” the agency said in its update.

Grace made its second landfall in Mexico as a Category 3 hurricane early Saturday, bringing 125 mph winds to the coast before weakening to a tropical storm.

It’s expected to weaken to a tropical depression overnight. The NHC said that though Grace was expected to dissipate over inland Mexico, its remnants will continue moving west and enter into the eastern Pacific Ocean by Sunday afternoon.

Grace made landfall earlier in the week on the Yucatan Peninsula as a hurricane and weakened to a tropical storm as land slowed down its wind speeds. It gained strength again when it passed back into the waters of the Gulf of Mexico.

“Through the weekend, heavy rainfall across Veracruz, Puebla, Tlaxcala, Hidalgo, Queretaro and eastern San Luis Potosi will lead to significant flash and urban flooding, along with the likelihood of mudslides,” the NHC said.

Grace follows five other named storms in the Atlantic basin so far this year — Ana, Bill, Claudette, Danny, Elsa and Fred. Of those five, Elsa was the only one to gain hurricane strength.

The moon appears orange due to smoke from wildfires on the West Coast as it sets behind the Manhattan skyline in New York City on July 21, 2021. The fires are leaving smoke all the way across the country to the Eastern Seaboard causing hazy skies. Photo by John Angelillo/UPI | License Photo