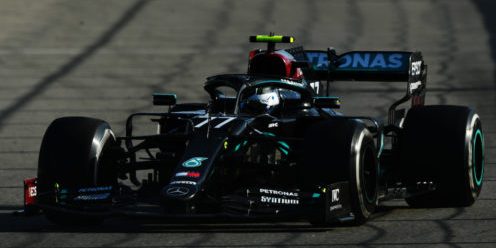 Mercedes announced Frederik Vesti, the Danish Formula 3 driver, as their latest junior. He will follow the footsteps of current Formula 1 stars, such as Esteban Ocon and George Russell.

The Danish driver has an impressive career to back up his selection. He won the 2019 Formula Regional European title and stood fourth in his maiden F3 campaign last year. It is an important opportunity for Vesti as he pointed out how he showed his potential to the Silver Arrows.

He said, “Before signing the contract I had to show all my potential. They started following me three years ago, but at the beginning they were only superficial contacts.”

“When I started to win we started to talk and they evaluated not only the positive moments, but also how I reacted in the negative ones.”

ALSO READ – Toto Wolff: How Did a Candle Seller Go on to Run the Mercedes F1 Team?

Mercedes’ junior driver program is very prestigious in the motor racing circuit. Vesti is expected to visit the Brackley base to learn through some seat time in the simulator.

While most would assume that becoming a junior driver for one of the most successful teams in F1 would be nerve-wracking, the Danish driver doesn’t think so. According to him, the opportunity doesn’t add any extra pressure.

He said, “Pressure is always there, ever since you start racing karts, but for me the choice of Mercedes does not mean pressure, rather having a great opportunity to work with a group of extremely competitive and prepared people.”

Joining the program could spell great things for Vesti’s career. Going forward, the Danish driver aims to impress the Brackley team in the next FIA F3 season, hopefully by winning the championship with ART Grand Prix.

Mercedes have two current junior drivers who are competing in Formula 1. George Russell impressed everyone last season with his one-weekend stand in Mercedes at the Sakhir GP. Meanwhile, Ocon claimed his first career podium for Renault last year.

Being a Mercedes young driver promises some incredible opportunity and backing in motorsport. Vesti could use this as a platform to launch his career in FIA racing series.

How do you think the Danis driver can make the most of this opportunity?