Ansu Fati, the Jewel of La Masia, tore the meniscus in his left knee back in November 2020. Since then he has undergone two surgeries. His recovery hadn’t gone well as his knee couldn’t resist the increased workload and hence, a third surgery is not ruled out. His club have missed him dearly as Spain are hoping that Fati can return to full fitness before Euro 2020.

😱 Ansu Fati trained today with the first team. He’s 1️⃣6️⃣ years, 9️⃣ months, and 2️⃣1️⃣ days. What were you doing at 1️⃣6️⃣? pic.twitter.com/g4fEJyY8Pr

The Spaniard’s injury was a big blow for Barcelona and particularly for the 18 year old, but this was not the first one he had recieved. Back in December 2015, Fati experienced one of his worst moments yet, in a derbi barceloni, a tackle from an Espanyol player forced him to miss almost one year with a broken leg. But this only toughened him up and, once he was back, he scored a scintillating 11 goals in his first 13 games back.

A HALT IN BREAKTHROUGH YEAR

This season he had undoubtedly been one of, if not the, most important and decisive players for Barcelona. He was an undisputed starter. Scoring 5 and setting up 4 goals in 10 matches, his maturity was being displayed in every game.

None of Barca’s attackers or wingers, excluding Messi, understand spaces like him. He elevated their ceiling and made them much better.

Ansu’s career has been short up until this point, however it has gone at a lightning speed. He has been breaking numerous records since, be it domestically, internationally, with club or with his national side, being a starter in both XIs. And he has been a starter because of his maturity, intelligence, quality and ground breaking potential and not because of the different absences.

Now, when nothing and no one seemed to stop him, his precocious talent suffered a major setback. These are obviously the moments of uncertainty and having patience. How he recovers from this injury would be a test to his physique but, especially, to his mental strength. And Fati has plenty of that.

A POTENTIAL RETURN AT EUROS?

15 days left for Euro 2020, the Barcelona young gun admitted that it’s a dream of his to represent his national side in the European Championship although that dream can be cut short. Barcelona would want him to be 100% fit for next year’s campaign. They would want him to focus on the next 15 brilliant years ahead in his career rather than focusing on getting fit in the next 15 days.

Although there is no fixed date for Fati’s return, him being a part of Luis Enrique’s squad would give their chances of winning this summer’s European Championship a real boost.

WHAT ANSU HAD TO SAY

After winning the NXGN 2021 award, Ansu Fati talked about his dream of playing at Euro 2020 and recovering from his injury.

“I don’t know what will happen in the future, but it is a dream for any player to be able to play a European Championship.”

“I don’t set goals, but I do try to improve day by day, growing as a player, and as a person.” 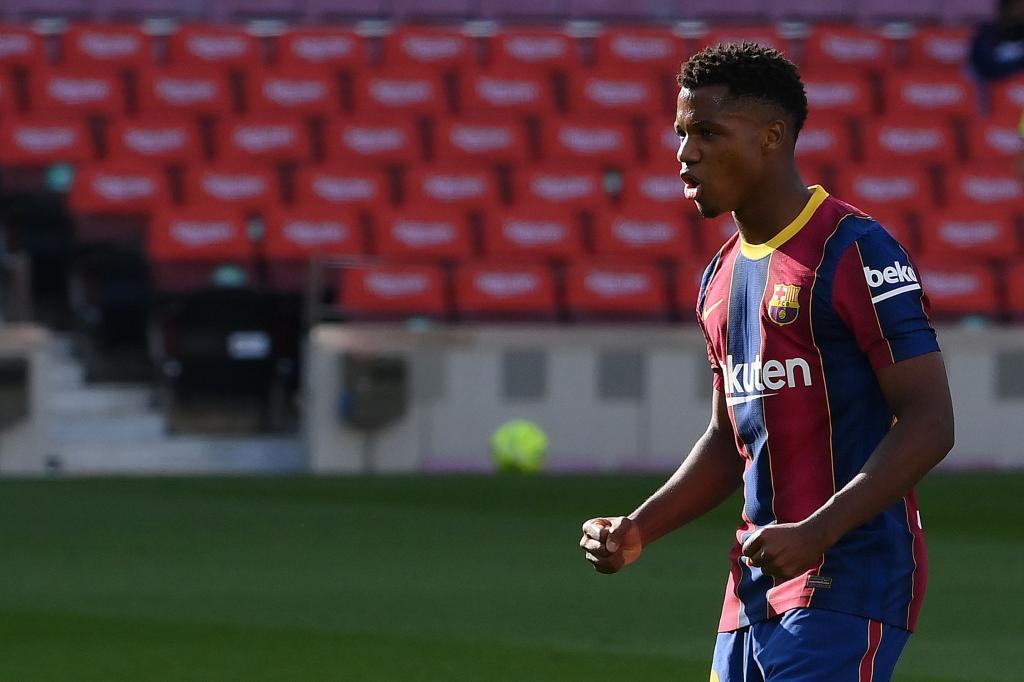 “A few years ago I had a serious injury, a fractured tibia and fibula, and I couldn’t play for almost a year.”

“There were many days of suffering and pain, but also a lot of learning. It helped me to appreciate the little details.”

“With my family and all the professionals who helped me at that time, I promised myself to keep going and work harder than ever to get back to doing what I love the most.”

“Unfortunately, now I have to live through a similar situation, which I will face with the same mentality.”

“I want to thank all those people who follow me and support me on a daily basis. Football is my life and no matter how many obstacles there are, I will always have the illusion of continuing to fight for my dreams.”

These comments prove his maturity, mental strength and his exceptional passion for the game. But these comments also shrink the chances of Ansu Fati making it into Spain’s squad for the Euro 2020.