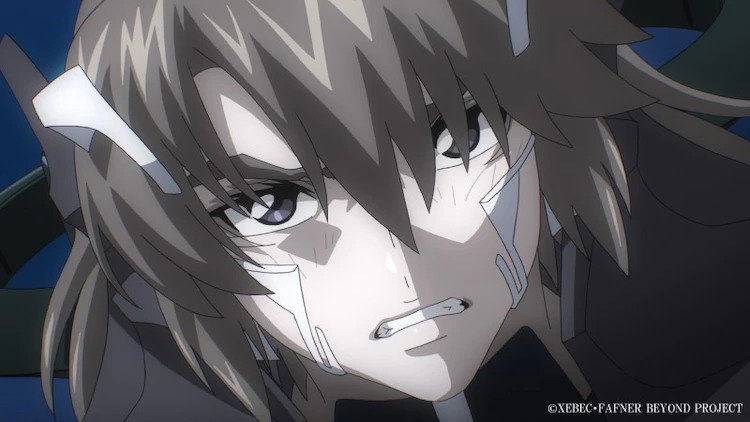 The production committee for the Fafner in the Azure THE BEYOND theatrical OVA series announced on November 23 that they would be canceling a collaboration between the series and the ramen shop Kuukai due to causing “hurt to the hearts of our customers.” It was later revealed on November 25 in a statement by the owner that he had been sexually harassing customers.

The collaboration was set up with Kuukai due to its location in Onomichi, Hiroshima, one of the locations that inspired the main city in Fafner in the Azure. Kuukai has a location in Onomichi and in the Tokyo district of Ikebukuro, with both locations serving up a menu based on the anime franchise.

J-Cast reports that since the collaboration started in early November, there were reports on social media of the owner sexually harassing customers by inappropriately touching them and making sexual comments.

After an investigation between the companies involved in the collaboration, and after talking to those who were victims, the production committee for Fafner in the Azure canceled the collaboration and said in a statement that “such behavior is not acceptable under any circumstances.” They also apologized to the fans of the series for any hurt caused.

The owner of Kuukai also issued a statement apologizing for his actions, saying that “there is no excuse for this incident.” Further along, he says that the business will “go back to the basics and treat our customers with care,” that they’ll “refrain from excessive communication” with customers, and they will try to “try not to treat customers in a way that makes them feel uncomfortable during normal business hours.” Kuukai and the owner are also not allowed to post about Fafner in the Azure on social media going forward, despite the owner claiming to be a fan of the series.

Fafner in the Azure THE BEYOND is a 12-episode OVA series—which takes place after 2015’s Fafner Exodus series—that has been screening in advance in theaters in Japan since 2019. The latest three episodes—10, 11, and 12—started screening in theaters on November 5 in Japan.