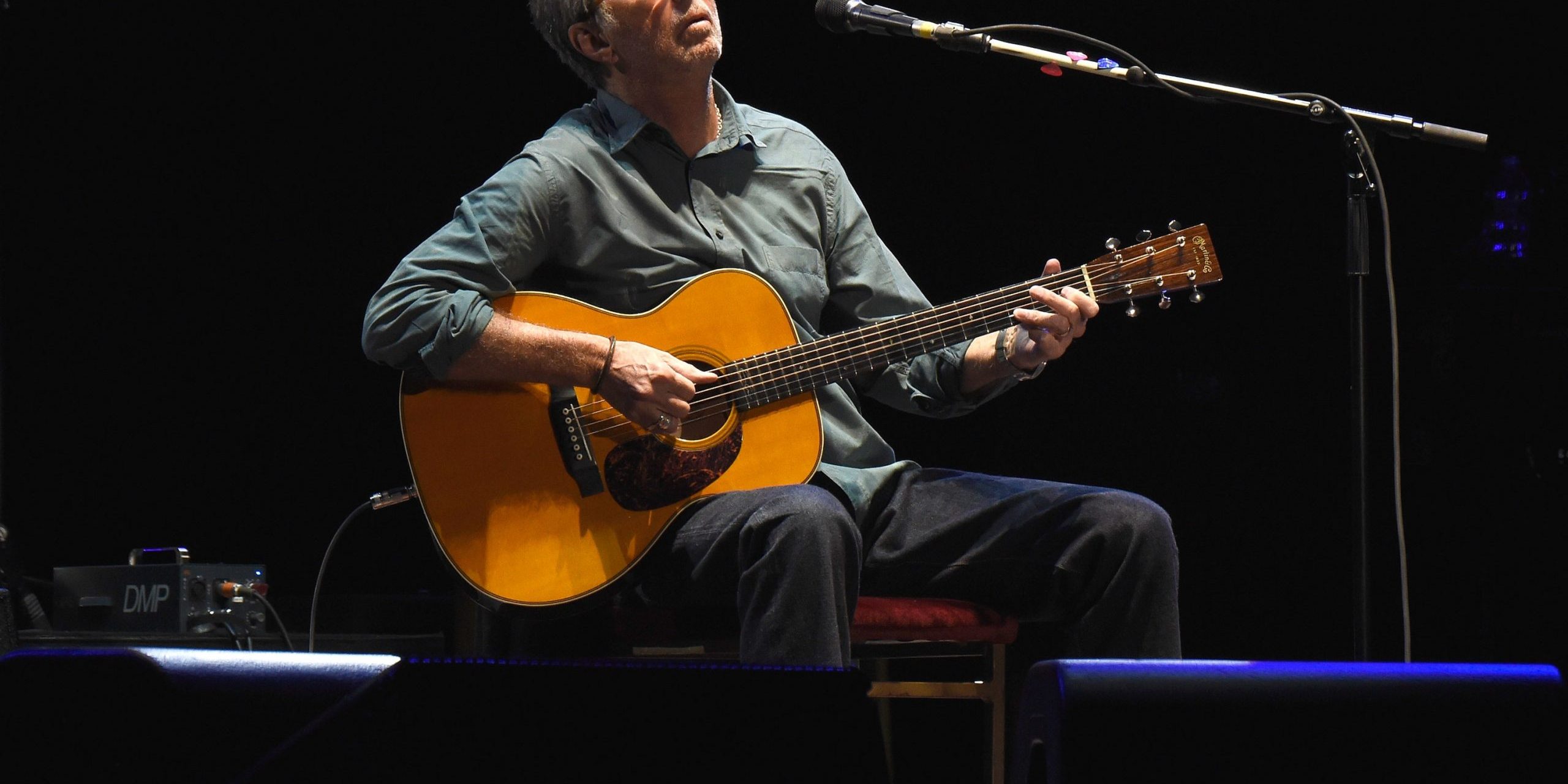 Eric Clapton, the British singer-songwriter and arguably second-greatest guitarist, continues to take what he perhaps sees as a bold stance against basic measures to protect people from COVID-19. His new song, “This Has Gotta Stop,” appears to be a rallying cry against vaccines and other issues, as Rolling Stone notes, at a time when the Delta variant is hitting unvaccinated people particularly hard.

“I can’t take this B.S. any longer / It’s gone far enough,” Clapton sings in the track. It arrives with a music video featuring subtle illustrations of an evil puppeteer, swirly-eyed people, a hypnotic man in a tie, and protesters holding signs that say “Liberty” and “Stop.” He continues, “I knew that something was going on wrong / When you started laying down the law / I can’t move my hands / I break out in sweat.”

Clapton appears to be hinting at his previous claims about his experience with the AstraZeneca vaccine, as Rolling Stone points out, and the video features “an illustration of Jam for Freedom, the anti-lockdown UK street-performer group that Clapton supports, as well as imagery of a world on fire from [environmental] disaster.”

Clapton, who is 76, also complains in the style of certain Baby Boomer parents you know: “I’ve been around / Long long time / Seen it all / And I’m used to being free.”

This song isn’t the first time Clapton has used his music to criticize actions that help prevent death and hospitalization due to COVID. Last year’s “anti-lockdown song” with Van Morrison, “Stand and Deliver,” suggested “that governments scrambling to keep their populations alive are somehow stealing from them,” V.F.’s Jordan Hoffman observed. The announcement of that song also led to the resurfacing of racist comments Clapton made in 1976.

Clapton is scheduled to play dates next month in Louisiana, Tennessee, Georgia, Florida, and Texas, including in Austin, where I live. Earlier this month, we reportedly had two available ICU beds in our area.

On Twitter, the reception for “This Has Gotta Stop” wasn’t entirely warm.

— Cover Story: From Puff Daddy to Diddy to Love
— Behind-the-Scenes Details About Working With Meghan and Harry
— The Doris Duke Cold Case Reopens
— A Meghan Markle and Kate Middleton TV Project?
— Monica Lewinsky on the Love of Her Life and Her Greatest Regret
— Jennifer Lopez Unfollows Alex Rodriguez on Instagram
— Love Is a Crime: Inside One of Hollywood’s Wildest Scandals
— “That Woman Was Made of Steel”: Aaliyah’s Life and Legacy
— 19 Black-Owned Beauty and Wellness Brands With Something for Everyone
— From the Archive: The Code of Silence at Brett Kavanaugh’s Alma Mater
— Sign up for “The Buyline” to receive a curated list of fashion, books, and beauty buys in one weekly newsletter.