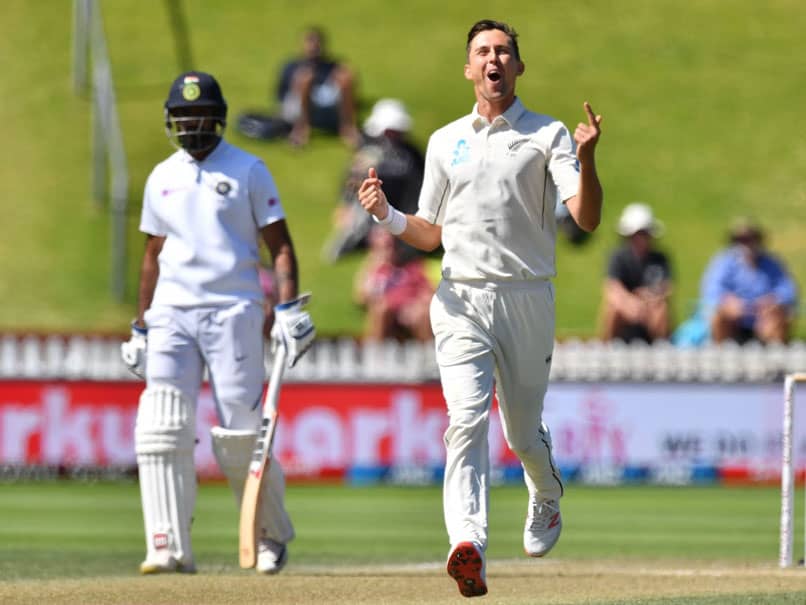 Trent Boult is expected to miss the England Test series ahead of WTC final against India.© AFP

New Zealand expect Trent Boult to miss the upcoming Test series against England in the hope the experienced paceman will be fresh and ready to go for the inaugural World Test Championship final. The left-arm seamer will miss this week’s first Test at Lord’s as a result of being given family leave in New Zealand after returning home following the coronavirus-enforced postponement of the Indian Premier League earlier in May.

But Boult will only arrive in the UK on Friday and the priority for the Blackcaps would be to make sure he is ready to play against India in the World Test Championship final against India at Southampton as of June 18, rather than have him play the second Test with England the week before.

“He arrives on Friday, our planning and what we’re looking at doing with Trent is having him ready for the World Test Championship final.

“He’s been home, he has had a week of bowling over there which has been great after the fair amount of isolation time at the end of the IPL,” he added.

“But our view with Trent right now is it’s unlikely that he will play the Test at Edgbaston. And he’s more likely to be just available for the one-off Test.”