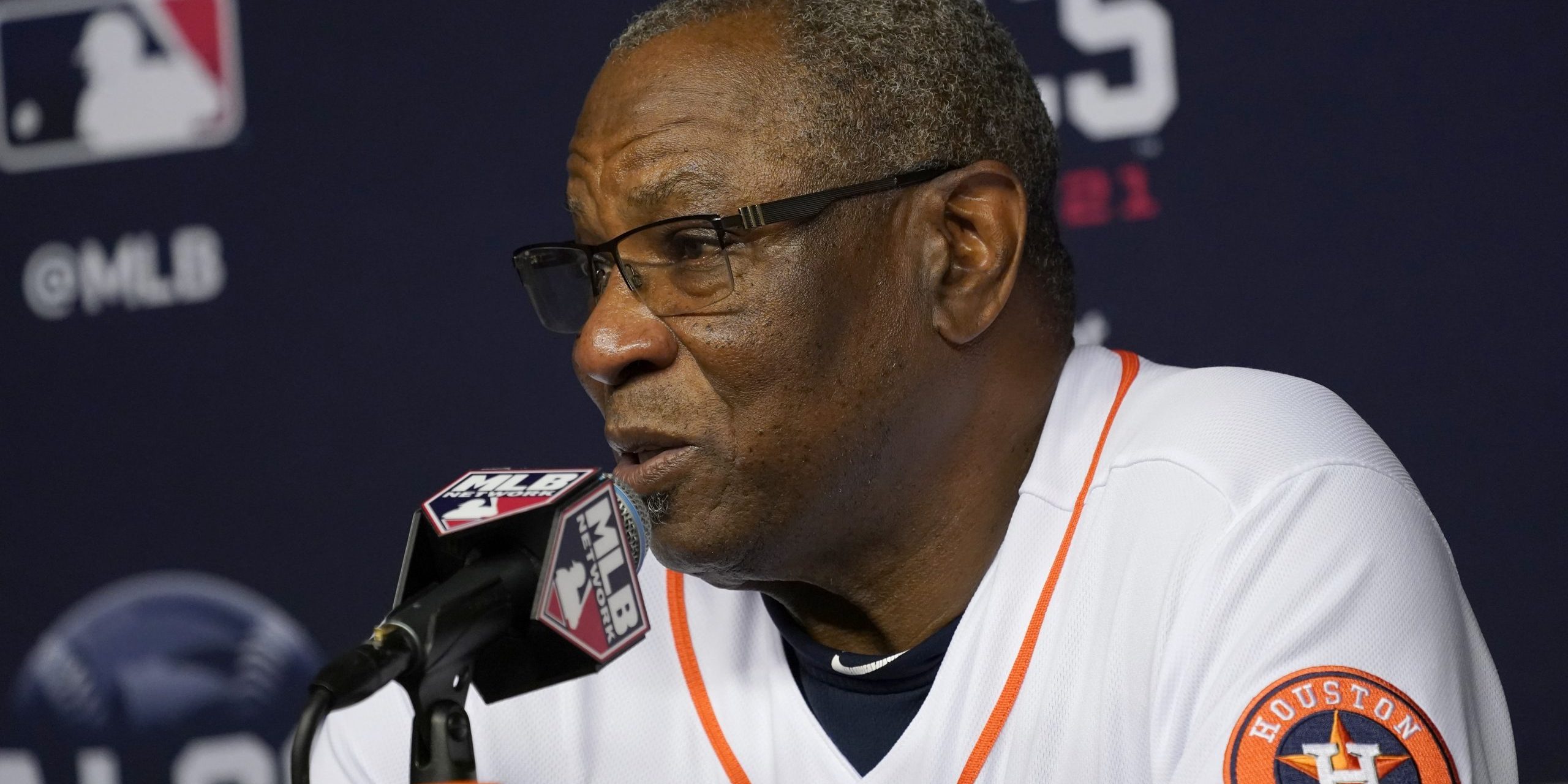 Houston Astros manager Dusty Baker is a
believer in the curse of a live in-game interview after Boston Red
Sox outfielder Kiké Hernandez hit a home run while Baker was talking
to the Fox broadcast team in the third inning of the teams’ playoff
game Friday night.

The Astros were leading 1-0 in Game 1
of the American League Championship Series at the time of the
interview, and starting pitcher Framber Valdez had been rolling. The
Hernandez homer sparked a three-run third for the Red Sox, leading
Valdez to an early exit.

“I blame Fox for that,” Baker told
reporters after Houston stormed back for a 5-4 win. “Because
invariably when you are doing it live, something usually always
happens. My mom is watching the game, so—really, I think I said,
‘Oh, God.'”

He was a good sport as the interview
continued, joking about how far Hernandez hit the ball, but he said
afterward his internal dialogue was different.

“Yeah, it’s not a good feeling
when you know you’re live on air and you see that ball leaving the
ballpark,” Baker said.

The Astros scored four runs from the
sixth to the eighth innings on the strength of home runs by Jose Altuve
and Carlos Correa to regain the lead. Hernandez homered again for
Boston in the ninth, but it wasn’t enough to spark a comeback as Ryan
Pressly secured the save for Houston.

It’ll be interesting to see whether
Baker continues to take part in live interviews for the remainder of
the series. During the regular season, those talks are usually taped
during the break between innings and subsequently aired, which makes
more sense for the managers.