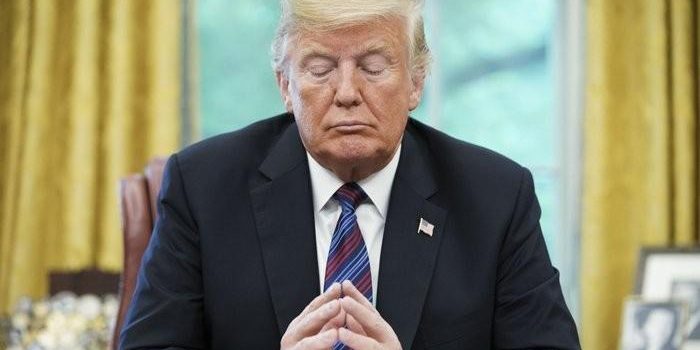 The gavel will come down at 1:00 pm (1800 GMT) in the Senate, opening a trial expected to rivet much of the nation.

Inside the ornate building, Democratic prosecutors will lay out a case heavily supported by video evidence that Trump deliberately stoked rage over his election loss to Joe Biden in November, fed the country lies that the vote was rigged, then incited a mob to storm Congress on January 6.

It will make uncomfortable viewing for senators, including the many Republicans making clear they will not convict Trump, but who had to flee to safety when the violent crowd surged through the Capitol that day.

Outside, thousands of National Guard troops deployed in the aftermath of the January 6 debacle continue to patrol, while hastily thrown up fences barricade the area from ordinary Americans — visible proof that the aftershocks of the Trump era continue to rumble.

Trump becomes the first president ever to face two impeachment trials — he was acquitted in 2020 of abuse of office — as well as the first in history to be tried after leaving office.

For Democrats leading the case against the populist real estate tycoon, Trump´s crime is also a first — the “most grievous constitutional crime” in US history.

But his legal team is resting its case largely on the procedural argument that a former president cannot be tried, calling the Senate trial “absurd.”

A second acquittal is all but certain for Trump, who is holed up in his luxury Mar-a-Lago resort in Florida and, after being barred from Twitter, has spent the weeks since leaving office in near silence.

Democrats hold 50 of the 100 Senate seats and Vice President Kamala Harris is able to cast votes to end tiebreaks. But it would take a two-thirds majority for a conviction, meaning at least 17 Republican senators would have to join.

With the country at its most polarized in at least half a century, the impeachment trial risks becoming a new flashpoint.

Amped up on four years of Trump´s populist claims to be fighting for ordinary people against the elites, huge numbers of Republican voters continue to support the ex-president, pushing their party ever further to the right.

However, Democrats are equally energized and polls show that a small majority of the country overall believes Trump deserves conviction. An Ipsos/ABC News poll found 56 per cent back this, while a Gallup poll found 52 per cent support.

It´s not clear yet how long the trial will last but it will be shorter than the three-week marathon of Trump´s first impeachment and could end as soon as next week.

First up will be up to four hours of debate, followed by a vote, on the constitutionality of trying an ex-president. This will almost certainly be just a formality as the Democrats have enough votes, but it will give an early indication of how open Republicans are to the case at all.

The main part of the trial will start Wednesday, with each side having 16 hours to present oral arguments.

Senators, who are the jurors, will then question the opposing legal teams.

A majority vote will be needed if either side wants to call witnesses. Trump, however, has already refused an invitation to testify.

Biden above the fray

Biden, who succeeded Trump on January 20, is attempting to stay above the fray.

Daily, the White House is sending a message that the Democrat is focused instead on the fragile economy and the desperate effort to vaccinate Americans against the still out-of-control Covid-19 pandemic.

If Trump were convicted, the Senate would then hold a simple-majority vote on barring him from future public office.

But even if the impeachment trial ends in acquittal, calls to punish Trump for his behaviour in the wake of the election will continue, including possibly a push for a bipartisan vote of censure.