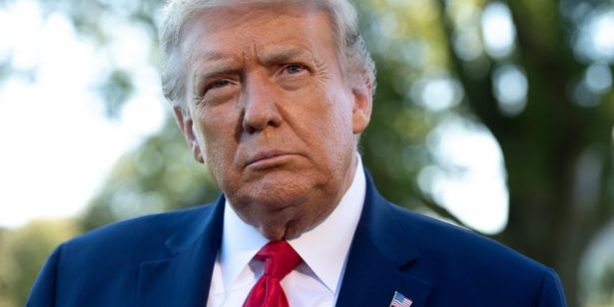 Former US President Donald Trump has been called to testify at his impeachment hearing next week.

Trump, who left office on January 20, faces a trial in the Senate for inciting violence in Washington DC nearly a month ago.

Five people died in the failed January 6 siege, as his fanatics attempted to overthrow results of the Presidential election.

Earlier Trump had addressed a rally in which he again refused to accept he had lost to Democrat Joe Biden.

A letter to the ex-Commander-in-Chief warns that if he does not show up, it could be harmful to his defence.

The record-breaking Republican became the first US President in history to be impeached twice, and could be banned from standing for office ever again.

The House last month impeached Trump on a charge of inciting insurrection in a fiery speech urging his followers to “fight” his election defeat shortly before they stormed the Capitol.

Trump’s attorneys this week rejected the charge, claiming that he “fully and faithfully executed his duties as president”.

They further said that his claims that his election defeat was the result of widespread fraud – which were baseless – were protected by the First Amendment of the US Constitution.

Democratic lawmaker Jamie Raskin, the lead House impeachment manager, wrote in a letter to Trump: “In light of your disputing these factual allegations, I write to invite you to provide testimony under oath, either before or during the Senate impeachment trial, concerning your conduct on January 6, 2021.”

Raskin asked Trump to provide testimony between February 8 and 11.

“If you decline this invitation, we reserve any and all rights, including the right to establish at trial that your refusal to testify supports a strong adverse inference regarding your actions (and inaction) on January 6, 2021.”