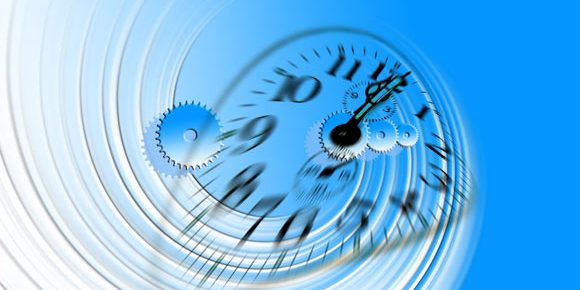 According to a new paper published this week in the journal Scientific Reports, people whose genetic profile makes them more likely to be ‘early birds’ the rest of the year can adjust to the Daylight Saving Time change in a few days; but those who tend to be ‘night owls’ could take more than a week to get back on track with sleep schedule.

“Circadian clocks are fundamental processes in most organisms that time many molecular, physiological, and behavioral events across the 24-h day, such as regulating hormone release, body temperature, metabolism, and sleep/wake patterns,” said Dr. Margit Burmeister, a neuroscientist and a geneticist in the Michigan Neuroscience Institute and the Department of Computational Medicine and Bioinformatics at the University of Michigan, and colleagues.

“In humans, these clocks are synchronized to the environment primarily through the external light-dark cycle.”

“Temporary desynchronization is commonly associated with travel across several time zones causing the annoying effect of jet lag,” they added.

“When an individual travels across several time zones, the relationship between clock time and the environment is maintained while the individual’s circadian phase is desynchronized from the environment.”

“Another common desynchronization is due to the clock change from daylight saving time (DST).”

“We used the one-hour advance from the onset of DST as a natural experiment to comprehensively study how heterogeneity affects an individual’s ability to entrain to an abrupt external time change.”

For the study, the researchers analyzed data from continuous sleep tracking of 831 doctors in the first year of post-medical school training when the time shift occurred in spring 2019.

They then applied these genomic scores in the intern sample and focused on the two groups of about 130 physicians each that had the strongest tendencies to be ‘early birds’ and ‘night owls’ based on their scores.

The scientists looked at how their sleep patterns changed from the week before DST to the weekend after it.

In general, the difference in post-DST weekday wakeup times between the two groups was not large — probably because first-year medical residents have very strict work schedules. But the time they got to sleep on the nights before workdays, and both sleep and wake times on the weekend, varied significantly between the two groups.

The DST change made the differences even more pronounced: ‘early birds’ had adjusted their sleep times by Tuesday, but ‘night owls’ were still off track on the following Saturday.

“It’s already known that DST has effects on rates of heart attacks, motor vehicle accidents, and other incidents, but what we know about these impacts mostly comes from looking for associations in large data pools after the fact.”

“These data from direct monitoring and genetic testing allows us to directly see the effect, and to see the differences between people with different circadian rhythm tendencies that are influenced by both genes and environment. To put it plainly, DST makes everything worse for no good reason.”

The authors also looked at the ‘fall back’ time change in autumn and found no significant differences between ‘early birds’ and ‘night owls’ in how they reacted to the abrupt addition of an hour of sleep.

“The findings have implications not just for the annual spring time change, but also for shift workers, travelers across time zones and even people deciding which profession to choose,” they noted.