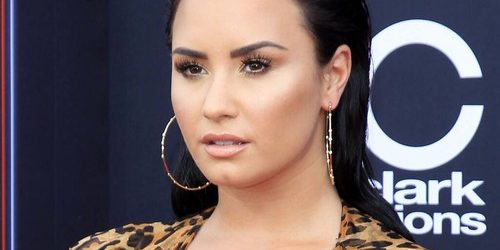 The Dancing with the Devil singer, who uses they/them pronouns, spoke to Australian publication PEDESTRIAN.tv about their new Peacock series, Unidentified, where they explore unidentified flying objects (UFOs) and related topics with their sister Dallas and best friend Matthew Scott Montgomery.

Asked about the inspiration for the project, the 29-year-old singer said they have been a “believer” in UFOs their entire life, and that the four-part series attempts to move away from negative depictions of extraterrestrials.

Lovato mused about the importance of moving away from the term “alien” as a way of dispelling negative assumptions about potential life in the universe. They said that they are bothered by misconceptions about extraterrestrial life being out to harm humans.

“I really think that if there was anything out there that would want to do that to us, it would have happened by now,” the singer continued. “But I think that we have to stop calling them aliens because aliens is a derogatory term for anything. That’s why I like to call them ETs! So yeah, that’s a little tidbit. A little information that I learned.”