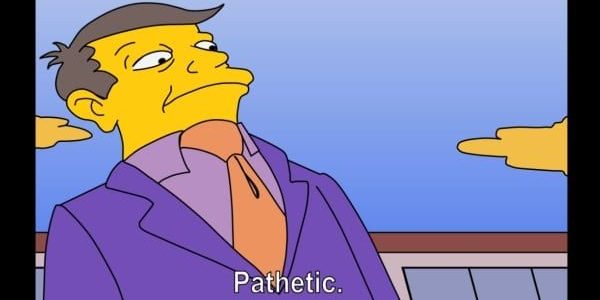 So that’s what they’re going with, then.

Funny you should say that. As it happens, CNN’s star fact-checker Daniel Dale is aware that Joe Biden lied, but he doesn’t seem to be taking any issue with it:

When I see ambiguity in Biden remarks, rather than proclaiming ‘em false, I get people yelling at me for supposed softness. But I spent SO much time in the Trump era asking experts if there was any possible alternative way to read remarks people were calling wrong. It’s the job.

Daniel’s just doing his job. He’s a fact-checker, after all, and his job is very important.

Oooohhh, so instead of fact checking Biden, Dale is *inferring* what Biden meant to say https://t.co/l9qwfd4oKW

“When I see ambiguity in Biden’s remarks…” – what a clown.

Biden gets the benefit of the doubt because Daniel works for the Democratic Party. https://t.co/izJUxCatQO

Well, as obnoxious as Dale’s lame excuse for “fact-checking” is, it at least brings us some joy to see that some Biden defenders are also irritated with Dale, albeit for slightly different reasons:

The point is well made by Biden. You’re taking it a bit too literal.

We knew what he meant and you did too. You just wanted to nit pick

is this really worth splitting hairs over, when it’s clear that what he was trying to convey, more than specifics of voting records, was that Manchin and Sinema are the reason voting rights isn’t passing (which is completely true)? https://t.co/Cm32ywLtqA

We all know what the hell he meant. This wasn’t a fact checking moment.

He was making a point. That you clearly missed.

Good God dude. He wasn’t doing a statistical analysis – he was making a political jab. 🙄

Exactly. Laughable to even pick fault out of that all to come out impartial. Lost lots of credibility, dale. Give it up.

nothing better to criticize? must be bored huh?

Maybe you should mention how the GOP is pulling a slow-motion coup?