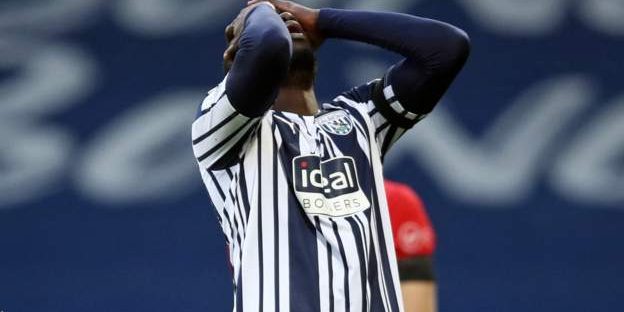 The video assistant referee could not reverse an offside decision which cost West Brom a goal against Southampton because officials could not find a definitive camera angle.

Mbaye Diagne thought he had scored when he flicked Darnell Furlong’s shot into the net – but it was flagged offside.

Replays suggested it was Kyle Bartley who was offside, rather than Diagne.

However, the VAR could not determine whether Diagne was offside, so the on-field decision remained.

The incident happened with the game evenly poised at 0-0 but the Baggies made sure the early misfortune did not damage their survival bid as they ran out comfortable 3-0 winners.

The result – thanks to goals from Matheus Pereira, Matt Phillips and Callum Robinson – means Sam Allardyce’s side have recorded back-to-back league wins for the first time this season and are now eight points from safety with seven games remaining.

While Allardyce was pleased with the win, he was frustrated with the fact Diagne’s strike was ruled out.

“The big disappointment was the first goal that looked like a goal and should have been a goal,” he said. “I’ve seen all the lines and angles and I think they got that wrong. Gladly for us it hasn’t had an impact on the result but it could have done.

“You hope that when it comes up next time the goal is given.”

Southampton manager Ralph Hasenhuttl added: “Normally the offside decisions are the easiest – it is yes or no. Maybe they did not have enough cameras. I don’t know. It is easy to solve.”