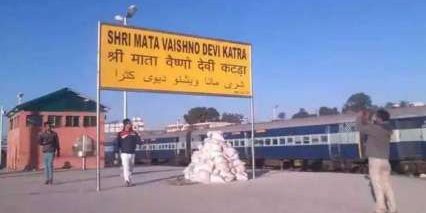 For the last 10 days, farmers have been protesting on the railway tracks in Punjab for various demands. However, they have now said that on the assurance of CM Charanjit Singh Channi, they are ending this dharna. If the assurance is not fulfilled, they will start the agitation again.

After this announcement by the farmers, train services are likely to be restored again on Delhi-Punjab and Delhi-Jammu routes. According to sources cited by Zee News, following the removal of the pandals of the farmers, the RPF personnel and railway officials will closely check the entire track. After this, the tracks will be checked by running the pilot engine and after everything is in order, tail traffic is likely to be restored from December 29 or 30.

Thousands of passengers planning to visit Vaishno Devi on the New Year have breathed a sigh of relief after the farmers decide to vacate the railway track. People had booked tickets on the Delhi-Jammu and Delhi-Katra routes several days ago, but due to farmers’ agitation and frequent cancellation of trains, they were unsure of the journey. They were not clear whether they would be able to go to for Vaishno Devi Yatra on the new year or not. However, now they have got a big gift for the new year.

Notably, the farmers had started a dharna on the rail tracks in various areas of Punjab from December 20 to get their various demands fulfilled. Initially, the farmers were sitting on dharna at four places, which was later increased to seven. Due to this, rail connectivity from Delhi to Punjab, Himachal and Jammu and Kashmir came to a standstill.

Punjab CM Charanjit Singh Channi on Tuesday invited the agitating farmers in Chandigarh for talks. CM Channi said that due to the farmers’ agitation, there is a shortage of urea and DAP in Punjab, which is affecting the rest of the farmers. Along with this, people are also facing huge problems in commuting. He assured action on the demands of the farmers. After this, the farmers announced to end the strike.